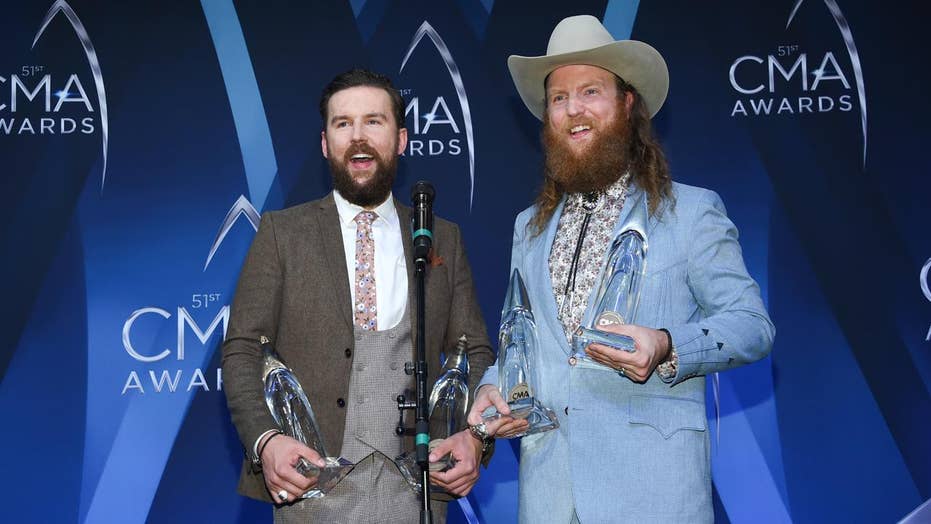 Fox411 Country: Garth Brooks, the Brothers Osbourne, Chris Stapleton and Miranda Lambert all took home trophies from the 2017 CMA Awards. Here's a complete list of all the winners.

The 51st Annual Country Music Association Awards not only brought all the stars in the world of country music together in one place for some great collaborations, it also gave fans a new crop of award-winning musicians for the year.

In a star-studded night complete with great music and light jokes from the host, fans really cared whether or not their favorite artist took home an award for their work in 2017. Below is a list of all the artists and performers that took home a CMA Award this year.

Entertainer of the Year: Garth Brooks

Single of the Year: Keith Urban, “Blue Ain’t Your Color”

Album of the Year: Chris Stapleton, “From a Room: Volume 1”

Musical Event of the Year: Glen Campbell with Willie Nelson, “Funny How Time Slips Away”

Musician of the Year: Mac McAnally

Music Video of the Year: Brothers Osborne, “It Ain’t My Fault”