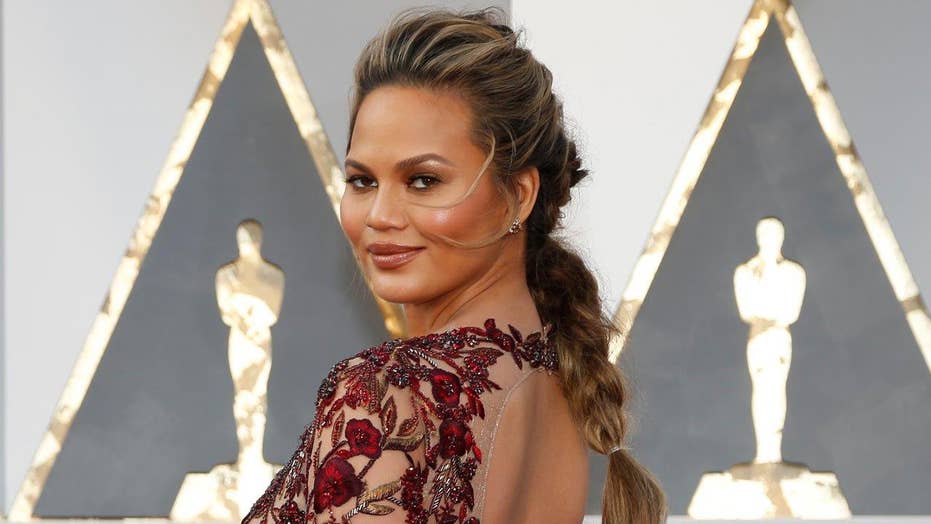 Chrissy Teigen says she "can't even fathom" what it would be like to have gone through an ordeal like the armed robbery her friend Kim Kardashian West faced in Paris, France, earlier this month.

ET caught up with the "Lip Sync Battle" co-host at the Mohegan Sun 20th Anniversary Weekend in Connecticut on Saturday, where she opened up about Kim's progress post-robbery and how she's been processing the event for herself.

"[Kim and I] have been texting," the 30-year-old model reveals. "She's doing great. It's so crazy. Obviously nobody knows how they would react to that kind of situation and I have no idea what I would do. I have no idea what my life would be like after. I can't even fathom it. So I'm just proud that she's back at home and with her babies."

"She just turned six months yesterday and she had her first bites of like a baby cereal. I'm so excited," she gushes. "Obviously I love food -- I cannot wait to cook for her. But to be able to put something on a spoon and just like [motions feeding]. Oh, it was just everything."

While her pals, the Kardashians, are actively pulling back their social media presence, Teigen feels it's still important to share her family moments with fans.

"[Fans] have been watching John and I in love for 10 years now. For us it's really normal and natural to be able to share our lives with them... I feel like they're family," she says.

That said, even Teigen -- who's never shied away from a social media clapback -- has her limits. She recently made her Twitter account private, a decision she told us was "life changing."

"Honestly it's really wonderful when I check my mentions to be able to see positivity and love," she says.

"Everyone says 'Why don't you make it so you only see mentions from those that you follow?' But I really like seeing my fans. I really like interacting with them. It's not just about who I follow, it's about who follows me and who likes me and people I haven't met before," she adds.

"I love being able to reach out to them," the Swimsuit Illustrated model continues. "So for me it was really important to keep it private now but still see what they have to say. I love it."