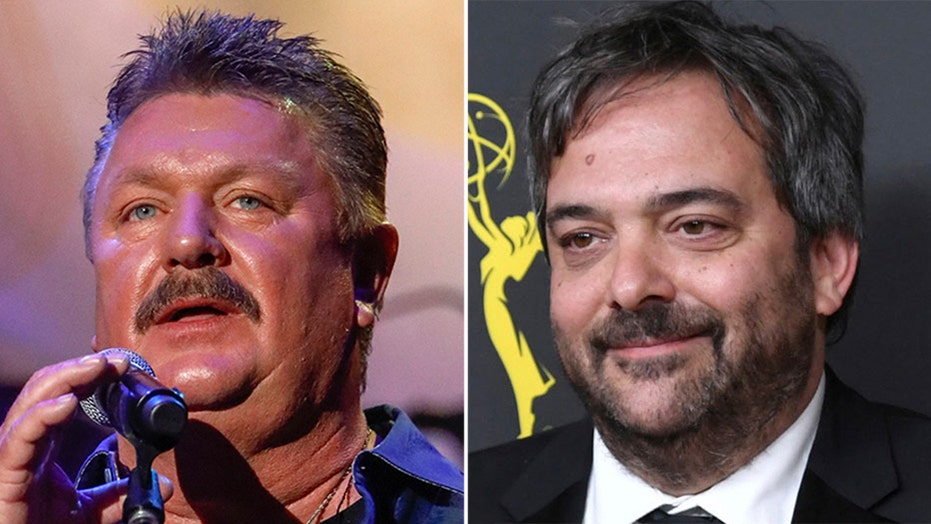 While many stars are recovering from coronavirus (COVID-19) as citizens around the world endure this unprecedented pandemic, others have sadly not been as fortunate.

We've lost a number of talented musicians, actors and writers who have succumbed to the virus or complications caused by the virus.

Read below to learn more about some of the entertainers who've died over the past few weeks from coronavirus.

The Emmy- and Grammy-winning musician and songwriter, who was also known for his work on the TV show “Crazy Ex-Girlfriend,” died on April 1 at a hospital in upstate New York, his longtime lawyer Josh Grier told The Associated Press. He was in his early 50s.

Andrew Jack, known for his work as a dialect coach on "Lord of the Rings" and as an actor on "Star Wars," died on March 31 from complications due to the novel coronavirus. He was 76.

Andrew Jack died just outside London in April from complications due to the novel coronavirus. He was 76. (Lucasfilm)

His rep, Jill McCullough, confirmed the news to the Evening Standard, stating that he died in a hospital outside of London and his family was not able to be with him in the U.K. because they are quarantined in Australia.

Alan Merrill, known for co-writing the Joan Jett hit song "I Love Rock and Roll," died on March 29 in New York due to complications from the coronavirus. He was 69.

Alan Merrill died on March 29 in New York due to complications from the coronavirus. He was 69. (Neil H Kitson/Redferns)

Country star Joe Diffie died at the age of 61 following a battle with coronavirus.

Grammy-winning country star Joe Diffie died in March at the age of 61 following a battle with coronavirus. (Jason Kempin/Getty Images for ACM)

“Grammy-winning country music legend Joe Diffie passed away on Sunday, March 29, from complications of coronavirus (COVID-19),” a statement from Diffie's rep read. “His family respects their privacy at this time.”

Ken Shimura, a popular comedian in Japan, died on March 29 after contracting the coronavirus, becoming the country's first known celebrity victim of the disease. He was 70.

Japanese comedian Ken Shimura in Tokyo. Shimura died of the COVID-19 pneumonia, a first known celebrity victim of the virus in Japan. He was 70.  (Kyodo News via AP, File)

He was diagnosed with pneumonia after contracting COVID-19. Shimura was hospitalized on March 20 after developing a fever and breathing troubles and was put on a ventilator. He reportedly tested positive for the virus on March 23.

One of America’s great playwrights, whose prolific career included winning multiple Tony Awards, died of complications from the coronavirus.

Terrence McNally – known for the plays “Love! Valour! Compassion!” and “Master Class” and the musicals “Ragtime” and “Kiss of the Spider Woman" – was 81.

Playwright Terrence McNally died Tuesday, March 24, 2020, of complications from the coronavirus. He was 81. (Charles Sykes/Invision/AP, File)

McNally died on March 24 at Sarasota Memorial Hospital in Sarasota, Fla., according to representative Matt Polk.

Actor Mark Blum, known for his work in theater as well as in films “Desperately Seeking Susan” and “Crocodile Dundee” and the Netflix series “You,” died on March 25 at age 69 due to complications from the coronavirus.

Actor Mark Blum died at age 69 in March due to complications from the coronavirus. (Andrew Toth/Getty Images)

Manu Dibango, who fused African rhythms with funk to become one of the most influential musicians in world dance music, died on March 24 from coronavirus, according to his music publisher. He was 86.

Manu Dibango, who fused African rhythms with funk to become one of the most influential musicians in world dance music, died in March due to the coronavirus, according to his music publisher. He was 86. (AP, File)

Celebrity chef Floyd Cardoz died on March 25 in New Jersey as a result of complications from coronavirus.

The author, restaurateur and winner of "Top Chef Masters" went to the hospital as a “precautionary measure” in mid-March after he was “feeling feverish,” he wrote in an Instagram post. He later tested positive for COVID-19.

Julie Bennett died on March 31 from complications due to coronavirus. (Image provided by Mark Scroggs)

Julie Bennett, who voiced Cindy Bear in "The Yogi Bear Show" cartoons, died on March 31 from complications due to coronavirus.

The actress passed away while hospitalized at Cedars-Sinai Medical Center in Los Angeles after being diagnosed, according to her talent agent Mark Scroggs. She was 88 years old.

Actress Patricia Bosworth died on April 2 from coronavirus complications at the age of 86. Bosworth's stepdaughter confirmed the sad news.

The actress was known for her role in "The Nun's Story" opposite Audrey Hepburn, as well as for penning biographies on Marlon Brando and Montgomery Clift.

Forrest Compton died at the age of 94 from coronavirus complications. (Photo by Walt Disney Television via Getty Images)

Known for his roles in "Gomer Pyle, USMC" and "The Edge of Night," Forrest Compton died at the age of 94.

He died on April 5 and the cause of death was coronavirus complications, Compton's friends confirmed.

PINK SAYS SHE 'CRIED' AND 'PRAYED' DURING CORONAVIRUS ORDEAL WITH SON, 3: 'IT GOT REALLY, REALLY SCARY'

Jay Benedict is among the stars to have lost their battle to coronavirus.

Known for his roles in "The Dark Knight Rises" and "Alien," Benedict died from coronavirus complications at the age of 68 on April 4.

Lee Fierro, who played Mrs. Kinter in 1975’s “Jaws" and its sequel, died from coronavirus complications.

The actress was 91 years old and, according to her friends, was living at an assisted living facility.

FILE - This June 15, 2019 file photo shows John Prine performing at the Bonnaroo Music and Arts Festival in Manchester, Tenn. The family of John Prine says the singer-songwriter is critically ill and has been placed on a ventilator while being treated for COVID-19-type symptoms. A message posted on Prine's Twitter page Sunday, March 29, 2020 said the “Angel from Montgomery” singer has been hospitalized since Thursday and his condition worsened on Saturday. (Photo by Amy Harris/Invision/AP, File)

Legendary country musician John Prine died from coronavirus complications at the age of 73.

On March 26, a message on Prine's Twitter announced that he'd been hospitalized for symptoms, followed by a message on March 29, announcing that Prine was placed on a ventilator.