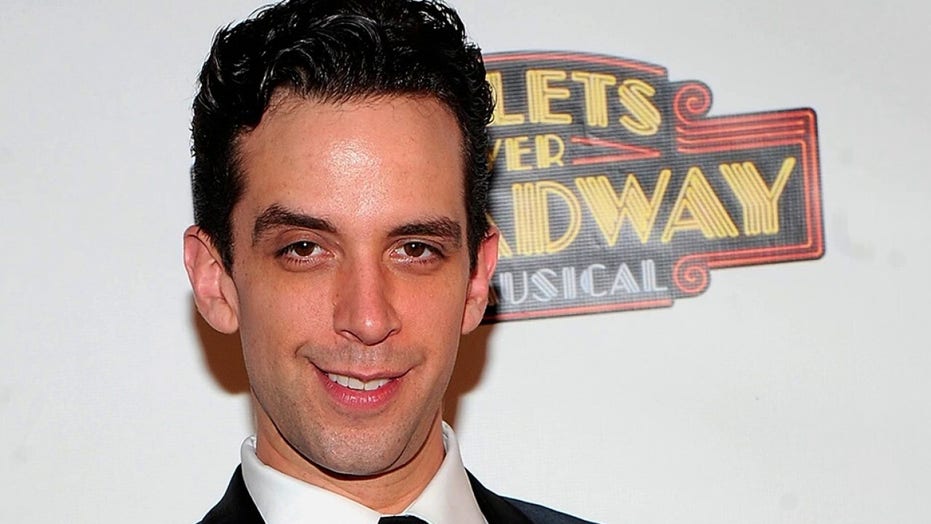 Tony Award-nominated actor Nick Cordero had been hospitalized for over 90 days fighting COVID-19.

Tony Award-nominated actor Nick Cordero, 41, has died after a battle with the coronavirus that stretched for months, his wife announced Sunday night.

Amanda Kloots wrote on Instagram: “God has another angel in heaven now. My darling husband passed away this morning. He was surrounded in love by his family, singing and praying as he gently left this earth.

“I am in disbelief and hurting everywhere. My heart is broken as I cannot imagine our lives without him. Nick was such a bright light. He was everyone’s friend, loved to listen, help and especially talk. He was an incredible actor and musician. He loved his family and loved being a father and husband. Elvis and I will miss him in everything we do, everyday.”

During Cordero’s hospitalization, Kloots sent him daily videos of her and their 1-year-old son, Elvis, so he could see them if he woke up, and urged friends and fans to join a daily sing-a-long.

Cordero entered the emergency room on March 30 and had a succession of health setbacks, including mini-strokes, blood clots, septic infections, a tracheostomy and a temporary pacemaker implanted. He had been on a ventilator and unconscious and had his right leg amputated. A double lung transplant was being explored.

Kloots had said that it was difficult to tell whether Cordero understood happened to him, but said he could respond to commands by looking up and down when he was alert.

Cordero played a mob soldier with a flair for the dramatic in 2014 in Broadway’s Woody Allen 1994 film adaptation of “Bullets Over Broadway,” for which he received a Tony nomination for best featured actor in a musical. He moved to Los Angeles to star in “Rock of Ages.”

The lanky Cordero originated the menacing role of husband Earl opposite his estranged wife, played by Jessie Mueller, in “Waitress” on Broadway, as well as the role of Sonny in Chazz Palminteri’s “A Bronx Tale.”

On the small screen, Cordero appeared in several episodes of “Blue Bloods” and “Law & Order: Special Victims Unit” as well as “Lilyhammer” and he had a role in the film “Going in Style.”

Kloots concluded her post, “I will love you forever and always my sweet man.”

Condolences were written after his death, some offering light to his family and others politicizing his demise.

Viola Davis wrote: “RIP Nick Cordero! My condolences to you Amanda who fought and loved so hard....so sorry for his little one. My heart is with you. May flights of angels.....❤❤❤🙏🏿🙏🏿”

Priscilla Presley wrote: “I’m so shocked to see the news today that Nick has passed. My heart and soul goes out to Nick Cordero’s beautiful wife and family. Rest In Peace, Nick”

One note of sorrow included a link to a GoFundMe page to help Cordero’s family: