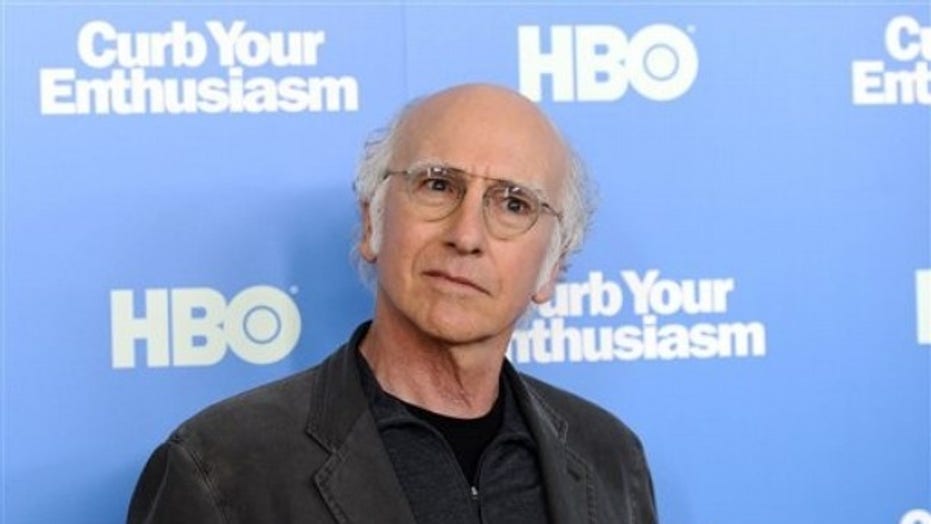 In a recent interview, Larry David bashed President Trump’s response to the coronavirus and called for 2020 Democratic presidential hopeful Bernie Sanders to drop out of the race.

The 72-year-old comedian poked fun at the two political rivals during a recent interview with The New York Times in which he was willing to share his unfiltered thoughts about the current political landscape amid the ongoing coronavirus pandemic.

“That’s the hardest thing about the day, watching what comes out of this guy’s mouth,” he said of the president’s daily press briefings on the coronavirus. “It turns you into a maniac because you’re yelling at the television. All of a sudden, you find yourself screaming, like I used to do on the streets of New York, pre-‘Seinfeld,’ when I saw happy couples on the street.”

The outspoken comedian likened Trump to “a bad Catskills comic.”

“You know, it’s an amazing thing. The man has not one redeeming quality. You could take some of the worst dictators in history and I’m sure that all of them, you could find one decent quality. Stalin could have had one decent quality, we don’t know!”

David’s comedy isn’t known for being political, but he’s also not shy about diving into the divisive topic. During the 2016 election, he was tapped by “Saturday Night Live” to be the sketch series’ resident Sanders impersonator. He explained to the outlet that he’s relieved that Sanders lost in 2016 only so that he’s saved from having to travel back-and-forth to New York to appear each week.

“Imagine if he had become president, what would have happened to my life?” David remarked.

Despite impersonating him on 'Saturday Night Live,' Larry David called for Bernie Sanders to drop out of the 2020 presidential race. (Andrew Burton/Getty Images)

Although he’s friendly with Sanders, he admits that he believes his 2020 candidacy has run its course.

“I feel he should drop out,” David said. “Because he’s too far behind. He can’t get the nomination. And I think, you know, it’s no time to fool around here. Everybody’s got to support Biden.”

With his remark, David joins Alyssa Milano and a handful of other Hollywood celebrities in calling for Sanders to suspend his campaign in order to effectively end the primary process, which has been waylaid in numerous ways thanks to the pandemic, and rally the country behind Joe Biden.

In terms of delegates needed to win the nomination for the general election, Biden currently has a commanding lead over Sanders, who reportedly has been assessing his campaign for several weeks in addition to fundraising for coronavirus relief.