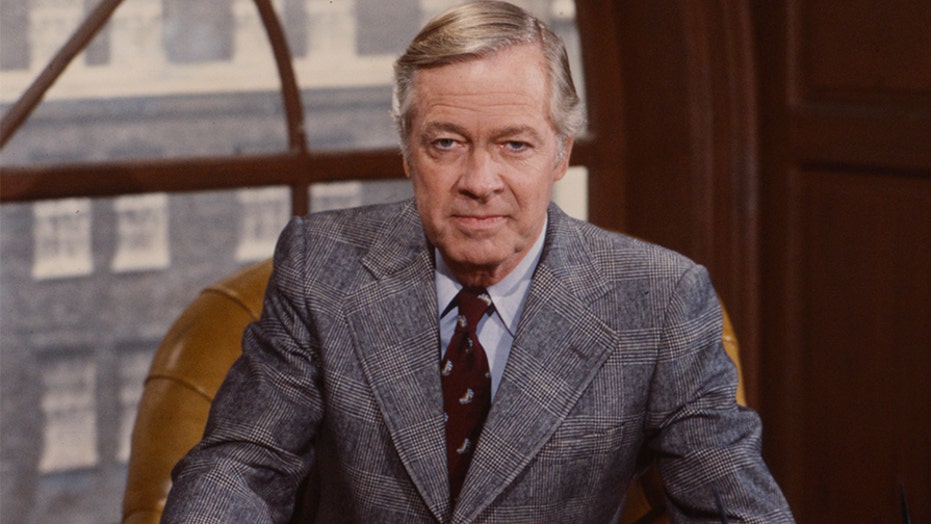 Forrest Compton, the actor who played Co. Edward Gray on “Gomer Pyle, USMC” and Mike Karr in “The Edge of Night,” passed away on Sunday. He was 94.

The cause was complications from the coronavirus, the Shelter Island Reporter shared. The death was confirmed by close friends.

The Reading, Pa., native served with the 103rd Infantry Division in France during World War II, The Hollywood Reporter revealed. Compton went on to enroll in Swarthmore College where he studied pre-law and political science before taking on English, Deadline.com reported.

Compton is recognized by fans as no-nonsense Col. Gray in “Gomer Pyle,” which aired on CBS from 1964 until 1969. The show, which starred Jim Nabors, Frank Sutton and Ronnie Schell, chronicled the misadventures of a bumbling U.S. Marine named Gomer Pyle (Nabors).

Forrest Compton appearing on the soap opera 'Edge of Night,' circa 1984. (Photo by Walt Disney Television via Getty Images)

Compton went on to become the third actor to play former cop and Monticello district attorney Mike Karr on “The Edge of Night,” a daytime soap opera that aired from 1971 until its cancellation in 1984. He appeared on several notable soap operas, including "One Life to Life,” “As the World Turns” and “All My Children.”

The actor’s other TV credits include “My Three Sons,” “That Girl,” “Hogan’s Heroes,” and “The Twilight Zone,” among others.

Worldwide, more than 1.2 million people have been confirmed infected and over 70,000 have died during the current coronavirus pandemic, according to Johns Hopkins University. The true numbers are certainly much higher, because of limited testing, different ways nations count the dead and deliberate under-reporting by some governments.

The virus, known as COVID-19, is spread by droplets from coughs or sneezes. For most people, the virus causes mild to moderate symptoms such as fever and cough. But for some, especially older adults and the infirm, it can cause pneumonia. Over 263,000 people have recovered worldwide.

There is no known treatment, but some drugs have shown promise and patients are rushing to join studies.