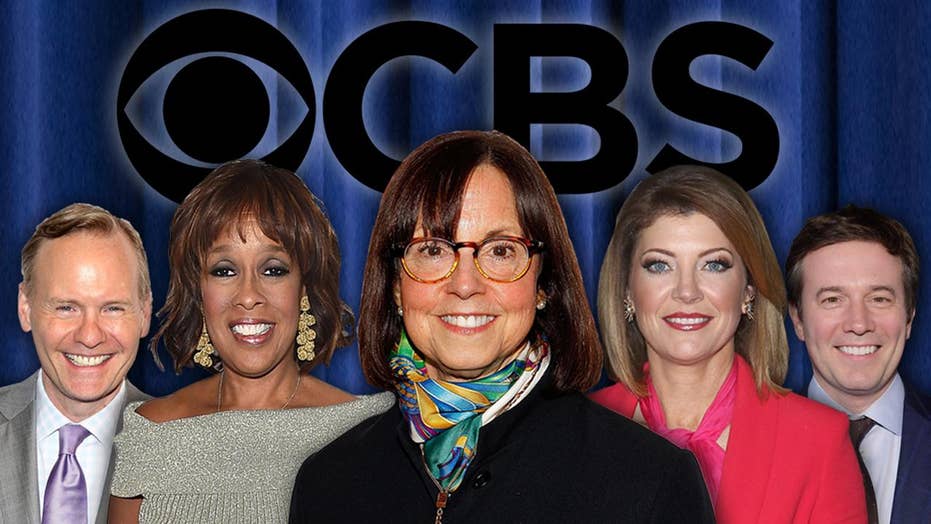 CBS News' new president, Susan Zirinsky, is set to replace outgoing president David Rhodes, the latest in the network's laundry list of recent changes. Zirinsky definitely has her work cut out for her with '60 Minutes' needing a new executive producer, 'CBS Evening News' floundering, and 'CBS This Morning' being down double digits in the ratings. Not to mention the network's CEO has been canned and denied severance over sexual harassment claims.

"60 Minutes" needs a new producer. "CBS Evening News" is floundering with anchor Jeff Glor. "CBS This Morning" is down double digits and could be blown up and built back up from scratch. Not to mention the network's CEO has been canned and denied severance over sexual harassment claims.

CBS News' new president, Susan Zirinsky, definitely has her work cut out for her.

Zirinsky, who said all the right things to the troops about taking CBS back to the top when she took the reins on Monday, is set to replace outgoing president David Rhodes, the latest in the network's laundry list of recent changes. CBS News has dealt with a veritable cascade of negative stories in the past 18 months, highlighted by “CBS This Morning” co-anchor Charlie Rose being fired in late 2017, at the height of the #MeToo era, for sexual misconduct.

CBS "This Morning" is still trying to figure out life after Charlie. (CBS)

“For the last year at least, many of the biggest stories about CBS have been negative and it's about as low as it could go minus another Dan Rather-like fake news scandal popping up,” Houck said.

All of the drama within the news division at CBS comes in addition to the network’s longtime CEO Leslie Moonves being forced to step down last year amid allegation of sexual harassment. The CBS Board of Directors decided he wouldn’t receive any of his $120 million severance, although the disgraced honcho denies all allegations.

While Zirinsky isn’t responsible for cleaning up the Moonves mess, she does inherit a new division that was once home to legends such as Edward R. Murrow, Mike Wallace and Walter Cronkite but now faces significant challenges.

"Zirinsky inherits a troubled operation. The issue is whether she will have the guts to buck the news media trend of building an audience around anti-Trump fervor, or will return CBS News to its glory days by focusing on hard-news reporting critical of all political sides," Cornell professor William A. Jacobson told Fox News.

“CBS This Morning” recently lost innovative executive producer Ryan Kadro, who announced he was stepping down amid rating struggles, and was named in a now-settled lawsuit that claimed he knew about Rose’s behavior. Last month, Page Six reported "network execs are ready to nuke” the morning show and “rebuild it from the ground up.”

John Dickerson, who previously hosted Sunday public affairs program “Face the Nation,” replaced Rose alongside co-hosts Norah O’Donnell and Gayle King but hasn’t lifted the show’s viewership as it is constantly thumped by rivals “Today” and “Good Morning America.” Bianna Golodryga was added as the show’s fourth co-anchor in October, but that addition didn’t help in the ratings department, either.

Former Political Director for CBS News, John Dickerson, has had tough sledding filling in for the departed Rose on "This Morning." (Photo by Richard Shotwell/Invision/AP, File)

“CTM” was topped by “Today” and “Good Morning America” during the fourth quarter of 2018, while posting double-digit losses compared to the previous year, according to TVNewser. Zirinsky will have to decide if the morning show should stick with Kadro’s hard-news approach, or if it will start to incorporate light-hearted human interest stories that often dominate the more successful network morning programs.

“The ratings erosion at ‘CBS This Morning’ -- the major revenue driver at CBS News -- has been particularly concerning at the highest levels of the company,” The Hollywood Reporter’s Marisa Guthrie wrote.

The network’s evening newscast also changed anchors in 2017 when Scott Pelley was replaced by seldom-known Jeff Glor. While Glor’s performance has been praised by media watchdogs, he has not generated new viewers.

“CBS Evening News with Jeff Glor” finished the fourth quarter of 2018 well behind rival newscasts on ABC and NBC when it comes to audience size, according to TVNewser.

Jeff Glor has received kudos for his work on "CBS Evening News," but doesn't have any ratings to show for it. (Photo by Ben Gabbe/Getty Images)

“It's hard to say what personnel changes could be made. In my personal opinion,” Houck said. “'CBS Evening News' has grown under Jeff Glor in not trying to focus as much on the day-to-day Trump controversies as ABC and NBC, but instead cover other important and lesser-known topics and that should be allowed to continue.”

One of the few bright spots for CBS News has been “Face the Nation,” which finished second among Sunday morning political programs to NBC’s “Meet the Press,” defeating ABC’s “This Week” in the process, according to TVNewser. Moderator Margaret Brennan, who replaced Dickerson when he moved to “CMT,” has emerged as one of CBS News’ biggest success stories under Rhodes.

Meanwhile, CBS’ “60 Minutes” hasn’t named a new executive producer since Jeff Fager was fired amid his own sexual misconduct allegations. Fager, once considered one of the most powerful media executives in the nation, has also denied the accusations. The New York Times reported last month that Fager’s predecessor, Don Hewitt, was also at the center of sexual misconduct allegations prior to his death in 2009.

The Times recently wrote that “’60 Minutes’ has been operating under a cloud of uncertainty” since Fager was shown the door. The news magazine still manages to generate headlines and attract viewers, but it’s up to Zirinsky to make sure the crown jewel of CBS News maintains relevancy during the dark time for the network.

DePauw University professor and media critic Jeffrey McCall told Fox News that Zirinsky landing the job “makes sense on several levels” because she “has been at CBS for a long time and understands the history and legacy of the once proud network,” while also understanding the operations from various standpoints – but that doesn’t mean it’ll be easy.

“Most viewers today have little awareness that CBS was once the dominant broadcast voice in news. Only senior citizens know anything about the CBS glory days of Murrow, Cronkite and the other greats,” McCall said. “So, first off, she has to explain to the news-consuming public that CBS intends to reclaim its historic place of journalism significance. That won't be easy because CBS has become rather insignificant on the broadcast news stage, with the exception of ‘60 Minutes.’”

On top of the changes to its talent and sexual misconduct scandals, CBS has generated negative headlines for other reasons, too. CBS recently settled a $750 million defamation lawsuit filed by JonBenet Ramsey’s brother, who claimed his reputation was ruined after a television series on the network suggested he'd killed his 6-year-old sister in 1996.

“A key for the top CBS brass will be to be patient and let Zirinsky take the measured steps it will take to restore credibility and competitiveness. Rebuilding the CBS brand won't happen with gimmicks and stunts. It will take real reporting delivered by seasoned journalists,” McCall said. “Zirinsky also needs to make sure that the various scandals in the news culture at CBS are all brought to a decisive closure. Only then can the division really move ahead to meet the news needs of the nation.”