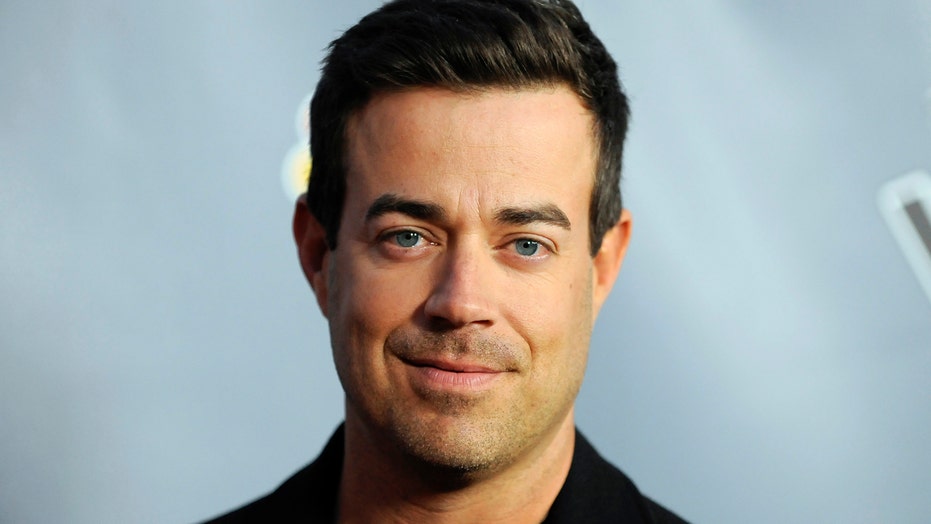 LOS ANGELES – Carson Daly's career in Hollywood has lasted more than two decades — and with what he’s been able to accomplish, some might say he could easily be revered as the Godfather of Pop Culture.

The “Total Request Live” pioneer stopped to speak with Fox News on the Emmys purple carpet and reflected on his time in the entertainment industry, which has seen Daly host programs like “NBC’s New Year’s Eve” since 2009 and “The Voice” since 2011.

CARSON DALY POKES FUN AT BLAKE SHELTON, GWEN STEFANI AT PEOPLE'S CHOICE: 'THEY'RE GOING TO GET A ROOM'

The former disc jockey, who was nominated for an Emmy in the category of outstanding reality-competition program for “The Voice,” said leaving his long-running late-night program “Last Call with Carson Daly” after 17 seasons and 2,000 episodes was bittersweet because of the journey he had to take to get there.

“It's been fun, man. It's been crazy to do this for so long, you know. I've been on a million red carpets and have been in television now from my MTV days,” Daly told us. “I was just a dude from California that was a DJ. I DJ'd in clubs and at radio stations and all of a sudden I'm on television.

"So I feel blessed, lucky. I think Lilly Singh is gonna do a great job in late-night, I'm happy for her. 'The Voice' is going strong. I feel like I have a home in the 'Today' show. I live in New York. I'm in L.A. all the time so, life is great.”

Daly said he didn’t give any advice to Singh, 30, leading up to the premiere of “A Little Late with Lilly Singh” on Sept. 16.

In passing the torch to the history-making late-night network host, Daly gushed about Singh’s talent saying he has no doubt she will kill it.

“You know; she knows what to do. She's been great – her first week was great,” Daly said. “It's refreshing. It's a shame it's taken this long to get a female going on a network show every night in late-night. So, we're happy for that and she's going to do great.”

CARSON DALY TALKS ABOUT BATTLE WITH ANXIETY AND PANIC ATTACKS: 'YOU FEEL LIKE YOU'RE DYING'

“And she's Canadian. It's nice of us to finally give a Canadian a break on American television,” the Emmy winner noted.

When asked about the ascension he’s been able to experience in his career, Daly said his biggest accomplishment has nothing to do with his padded resume and has everything to do with the purpose he found in being a father.

"My mom was incredible. Both my parents passed away two years ago," he added of his mother Patti and stepfather Richard, who both died a month apart in 2017.

“So I understand the importance of parenting,” Daly said. “And this is all fun and games being up here dressed all nice. But at the end of the day, being a father is my greatest role in life. So I've got three kids – my beautiful wife is pregnant with our fourth right now. So you know, God is great.”

CARSON DALY QUITS RADIO SHOW TO 'HAVE BREAKFAST WITH MY KIDS'

While the producer and director said the pair aren’t sure yet about the gender of their forthcoming child, Daly made it an obvious point to shout his pal, DJ Khaled, who recently announced he and his partner were also expecting their second son.

The host said returning to the Emmys is always a welcomed task and was quick to recognize that he and his wife were simply excited to get a break from their three children.

“No, I mean it's cool when you're here and you're with, you know – these are people who are making the greatest shows in television and just to be a small part of that. I've been lucky enough to win, but to be nominated is cool,” said Daly.

He continued: “It's just, it's a fun night for me and my wife to get away from the kids and actually come and see friends that I haven't seen in a long time. So it's a nice night to catch up with friends in the business.”

“I'm one of the old school guys. I'm like an OG out here now,” Daly joked as the magnitude of his fortitude seemingly set in.

“No, I was here when like, 'The Sopranos' was winning everything. So I feel – I'm like one of the older guys.”