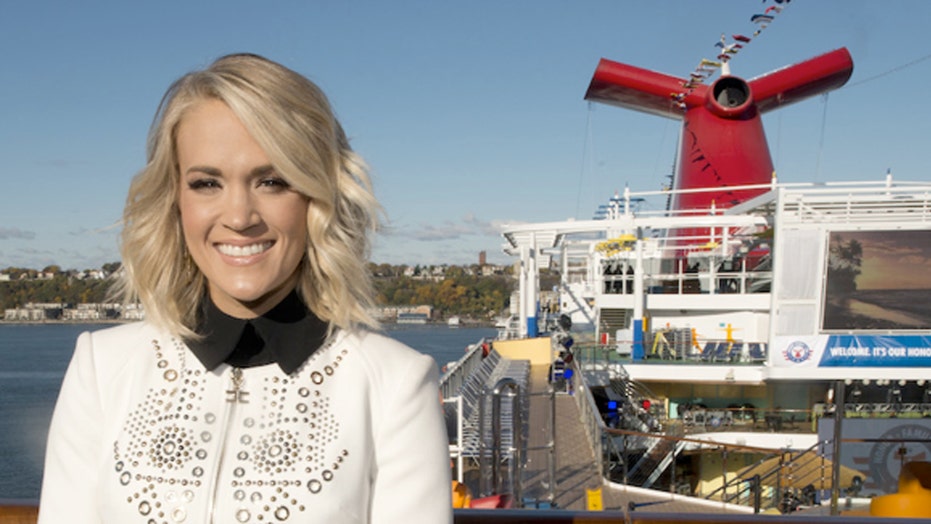 Carrie Underwood will be taking it easier in 2017. The “Dirty Laundry” singer spoke with Ryan Seacrest for E! News on the Golden Globes red carpet on Sunday, and said her schedule for the year remains very open.

“I think I’m gonna enjoy a little time with my family and then start writing, maybe, and just seeing what I’m ready to do,” she says. “I don’t know. There’s no real plans.”

The singer spent much of 2016 on the road for her massive Storyteller Tour and in promotion of her latest album, Storyteller, which saw great success with three No. 1 singles, “Smoke Break,” “Heartbeat” and “Church Bells.” She recently wrapped up a co-headlining tour with Keith Urban in Australia and New Zealand, the latter of which the country artists played for the first time. As a result, being on the road constantly has left her home in a bit of a mess.

“There’s always stuff to do. I feel like my house is a wreck, so I’m like, ‘I’ve got to get this in order,'” she says. “Being home off the road, every time we go home for a little short 24, 48-hour stints, I just drop stuff off and leave again. And now I’m trying to make sense of life.”

So what exactly will Underwood be doing in her time off in 2017? It turns out it might include skydiving with husband Mike Fisher, a sport she got turned on to while touring in Australia. Along with her crew mates, Underwood took the plunge in December of 2016 and shared the exciting footage on Instagram.

“We actually — after that, people started giving us gifts of skydiving. So I’m going to have to make my husband go,” she explains.