NEW YORK – A raunchy Calvin Klein ad has caused outrage on social media, but some industry pros says the out-there spot is par for the course for the controversial clothier.

The advertisement in question features a provocative upskirt shot showing the underwear of 22-year-old Danish actress Klara Kristin with a caption that reads, “I flash in #mycalvins.” It is part of a larger campaign where models and celebrities insert their own words into the same sentence.

Social media critics have likened the photo to pornography, and some even said it could appeal to pedophiles since Kristin looks underage in the photo.

But some don’t see what the big deal is all about.

#WednesdayWisdom- @CalvinKlein , exactly when did paedophiles become your target audience? This is so offensive to victims of molestation.

@CalvinKlein That upskirt photo is absolutely disgusting & degrading to women. How on earth can u think that this is ok? cc:@EverydaySexism

@CalvinKlein https://t.co/oKZ7y8J1dj every pedophile a peek up a 12 year-olds skirt.Just wrong.

Peter Davis, editor- at-large for Paper Magazine, asserts the ad is not pornography and nothing new for the fashion industry where sex is pushed for sales.

Indeed the fashion house has been known for stirring controversy for decades. Similarly, in 1999, an ad featuring minor boys and girls in underwear was deemed by the American Family Association President as "nothing more than pornography."

Calls and emails to Calvin Klein and Klara Kristin were not immediately returned. 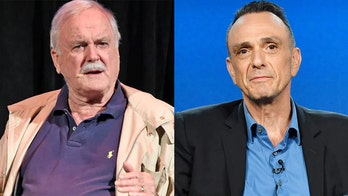