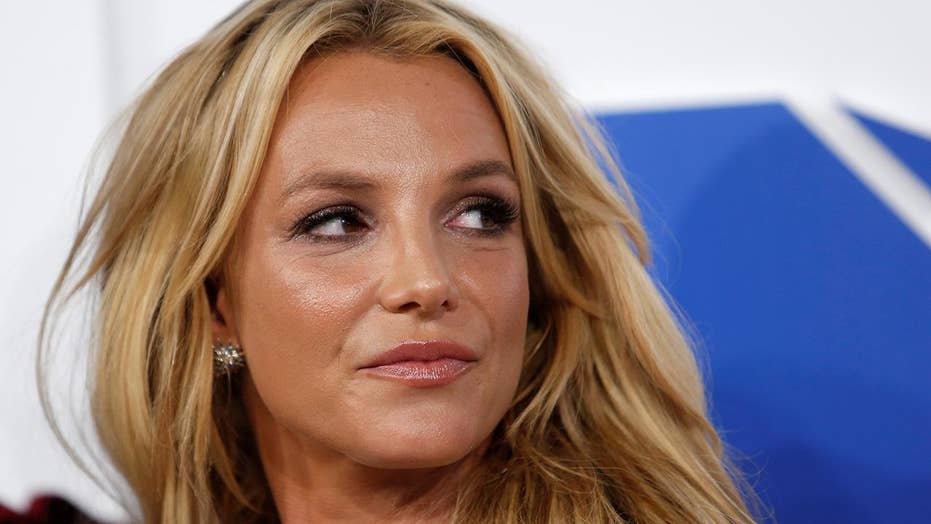 Top Talkers: Britney's dad and lawyer have been handling her finances since 2008, following her breakdown and divorce from Kevin Federline.

Britney Spears and boyfriend Sam Asghari get intimate and show off their dance moves in a sexy new video.

On Friday, the singer shared a video of her and her boyfriend engaging in what appeared to be a post-workout dance routine. Spears donned a white sports bra and booty shorts while her man went shirtless, showing off his toned abs.

In the video, the personal trainer picked up his girlfriend and twirled her around before ending the short dance routine with a kiss. In the caption for the loving video, Spears said,  "Some days you just got to dance! @samasghari."

But the couple's steamy video isn't the first time they have shown off their affection on social media.

At the beginning of the month, Asghari took to Instagram to share his love for his girlfriend by sharing a professional picture of Spears with the caption, “Not going to wait until tomorrow to express my love for the one that humbles me, women crush (not only on Wednesday’s) but every day."

Asghari ended the caption with the hashtag, #shehumblesme.

Spears met the personal trainer and model back in 2016 on the set of her "Slumber Party" music video, but the couple kept quiet about their budding relationship in the beginning.

After Asghari posted a photo of himself with Spears at a restaurant but quickly deleted it that November, a month later, a source revealed to People that the couple was in the process of "getting to know each other."

At the end of that year, Spears and Asghari rang in 2017 at Catch LA and confirmed romance rumors after the pop star posted an image of the two dining at the trendy restaurant for the holiday.

But while the couple's romance continues to bloom, Spears revisits issues with her ex-husband, Kevin Federline. Currently, the star is reportedly in the middle of a court battle with her ex.

According to Us Weekly, the former backup dancer has requested $20,000 more a month in child support “to recognize the sacrifices he’s made,” a source told the mag.

But Spears, whose Las Vegas "Pieces of Me" show residency brought in more than $137 million, is reportedly annoyed with her ex-husband's request.

“She’s angry Kevin is asking for more money because she pays for everything,” said the source. "Those boys are her world. She is an amazing mother.”