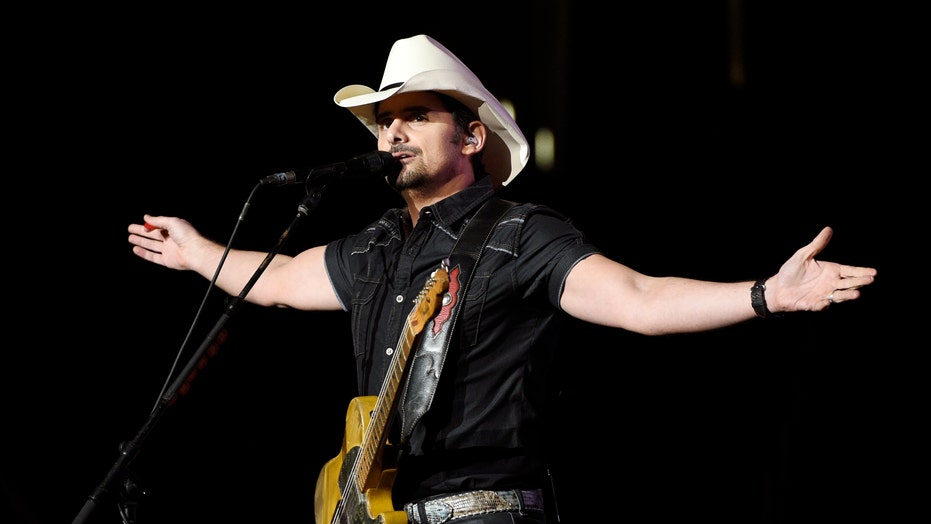 Brad Paisley dropped his new song “No I in Beer" and is celebrating by raising a glass with fans during virtual happy hours.

The country music singer, 47, has been popping up on various Zoom hangouts to raise a glass to frontline workers during the coronavirus pandemic.

The song originated in 2018 with co-writer Kelley Lovelace, but the chorus of “We’re all in this together” felt it was the right moment to release, Paisley told The Associated Press from his home in Franklin, Tenn.

“As this pandemic began, everybody adopted this catchphrase, ‘We’re all in this together,’” said Paisley. “And I had this song rolling around in my head.”

Instead of just a rousing drinking song, Paisley thought it could also raise spirits, too, when people needed to find a little happiness.

“It’s not just a ‘We’ll get through whatever you’re going through’ thing,” said Paisley. “It’s literally a rallying cry. It’s a fight song.”

Paisley said he updated some of the original lyrics, which now include a call out to the frontline workers during the spread of the coronavirus, including nurses, first responders, farmers and truck drivers.

“It’s a just a shout-out to the people who are keeping this country going,” said Paisley.

In the spirit of virtual happy hours that have been popular online, Paisley wanted to connect with fans, especially since he couldn’t play the song while touring. Paisley, like most touring artists, had to reschedule his concert plans this year.

So Paisley put a phone number on social media and asked people to text him the link to their conference calls. He already joined a group of elementary school teachers in Illinois, a young man celebrating his 21st birthday and a group of health care workers. On his computer desk, he’s got a few handy beer cans ready for a computer screen toast.

“It’s inspiring,” said Paisley. “They are just staying connected anyway they can.”

Long before the virus brought to the forefront issues like economic insecurity and lack of access to food, Paisley was working to help people in his community make ends meet. A year ago, Paisley helped break ground in Nashville on a free grocery store called The Store that aimed to help needy families.

In partnership with his alma mater Belmont University, The Store opened last month, but the developing pandemic made the organization adapt quickly to fit the immediate needs of the community. They shifted to handing out food at the door to prevent the spread of the virus and delivering food to elderly people who are at risk of serious health problems if they catch the coronavirus.

His producer, Luke Wooten, even pitched in and recruited his recording studio interns to help The Store deliver food to a local retirement home.

“They went down the hallways and left food at the doorways of each of these elderly folks,” said Paisley. “And then as the volunteers got to the end of the hall, all the folks came out of their doors and gave them a standing ovation. And it brought them to tears.”