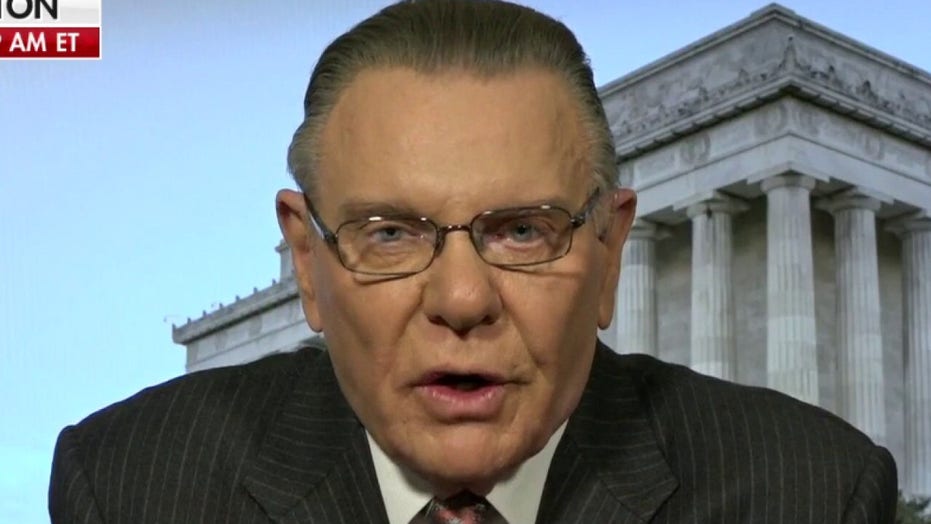 Biden to discuss China threat with leaders of Japan, India and Australia

Fox News senior strategic analyst Jack Keane on the significance of President Biden's meeting with Japan, India, and Australia, ahead of a China summit.

"Do you know who doesn't care that there's a stereotype of a Chinese man in a Dr. Seuss book? China," he said. "All 1.4 billion of them couldn't give a crouching tiger flying f--- because they're not a silly people. If anything, they are as serious as a prison fight."

"They're not a silly people. If anything, they are as serious as a prison fight."

Maher acknowledged that China does "bad stuff" from the concentration camps of Uyghur Muslims to its treatment of Hong Kong.

But he stressed, "There's got to be something between an authoritarian government that tells everyone what to do and a representative government that can't do anything at all."

BILL MAHER SUGGESTS CUOMO'S REFUSAL TO RESIGN IS INSPIRED BY TRUMP: HE 'NEVER BACKED DOWN'

"In two generations, China has built 500 entire cities from scratch, moved the majority of their huge population from poverty to the middle class, and mostly cornered the market in 5G and pharmaceuticals. Oh, and they bought Africa," Maher said, pointing to China's global Silk Road infrastructure initiative.

He continued: "In China alone, they have 40,000 kilometers of high-speed rail. America has none. ... We've been having Infrastructure Week every week since 2009 but we never do anything. Half the country is having a never-ending woke competition deciding whether Mr. Potato Head has a d--- and the other half believes we have to stop the lizard people because they're eating babies. We are a silly people.

"Nothing ever moves in this impacted colon of a country. We see a problem and we ignore it, lie about it, fight about it, endlessly litigate it, sunset clause it, kick it down the road, and then write a bill where a half-assed solution doesn't kick in for 10 years," Maher explained. "China sees a problem and they fix it. They build a dam. We debate what to rename it."

"China sees a problem and they fix it. They build a dam. We debate what to rename it." 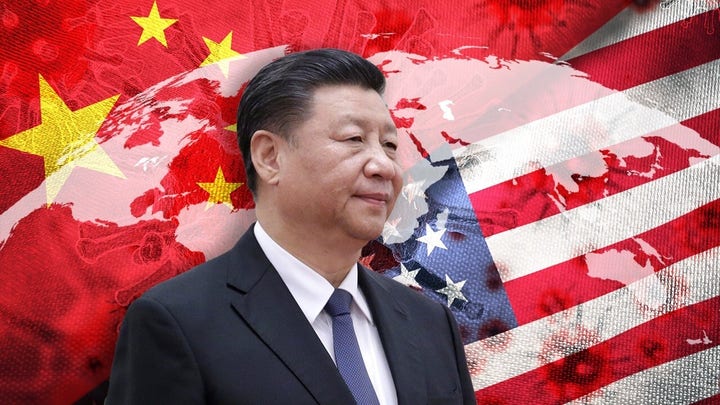 The HBO star cited how it took "ten years" for a bus line in San Francisco to pass its environmental review and how it took "16 years" to build the Big Dig tunnel in Boston, comparing that to a 57-story skyscraper that China built in "19 days" and Beijing's Sanyuan Bridge, which was demolished and rebuilt in "43 hours."

"We bingewatch, they bingebuild. When COVID hit Wuhan, the city built a quarantine center with 4,000 rooms in 10 days and they barely had to use it because they quickly arrested the rest of the disease," Maher said. "They were back to throwing raves in swimming pools while we were stuck at home surfing the dark web for black market Charmin. We're not losing to China, we lost. The returns just haven't all come in yet. They've made robots that check a kid's temperature and got their asses back in school. Most of our kids are still pretending to take Zoom classes while they watch TikTok and their brain cells fully commit ritual suicide."

"Do you think China's doing that, letting political correctness get in the way of nurturing their best and brightest?" Maher continued. "Do you think Chinese colleges are offering courses in 'The Philosophy of Star Trek, 'The Sociology of Seinfeld,' and 'Surviving the Coming Zombie Apocalypse'? Those are real and so is China. And they are eating our lunch. And believe me, in an hour, they'll be hungry again."