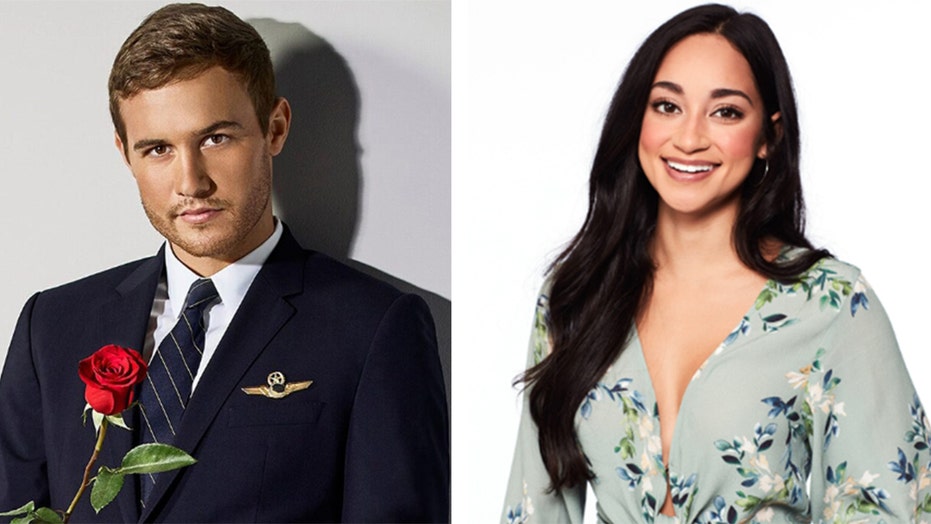 "Bachelor" star Peter Weber is showing support for contestant Victoria Fuller, who has been at the center of a photo scandal that led Cosmopolitan to pull its digital issue of her on the cover.

Fuller won the honor of gracing the cover of Cosmopolitan's digital issue after winning a modeling competition on the ABC show. But the publication's editor-in-chief announced this week that Fuller's cover would not run after photos surfaced of her allegedly modeling for a "White Lives Matter" campaign.

"Just being completely honest, I can't really speak too much on it because I don't really know too many facts about the whole situation," the airline pilot told Build Series via People. "I just recently heard about that with the cover being removed. But you know, obviously, during that moment too, I knew nothing about that. None of us did."

"All I can speak on is the time I was able to spend with Victoria throughout this experience," he added. "And I truly enjoyed my experience with her. I really feel like she's a good person. She's got a lot of endearing qualities."

Fuller, 25, of Virginia Beach, Va., was called "racist" by social media users after photos surfaced of her modeling merchandise for what appeared to be a "White Lives Matter" clothing brand. While it has not been confirmed what the brand, named WLM Clothing Brand, exactly stands for, Cosmo's Jessica Pels explained it was still "problematic."

In his interview, Weber said he hopes viewers form opinions of Fuller "based on what they see between the two of us and her time on the show."

Pels pointed out on Monday that Cosmo was not aware of which "Bachelor" contestants would be involved in the photo shoot contest that took place in Costa Rica while the show was filming.

Peter Weber is speaking out after contestant Victoria Fuller has come under fire for a controversial photoshoot. (ABC/John Fleenor)

Fuller ended up winning the shoot but it took place before the controversy was first reported a month ago.

Reps for ABC and Fuller did not immediately respond to Fox News' request for comment.