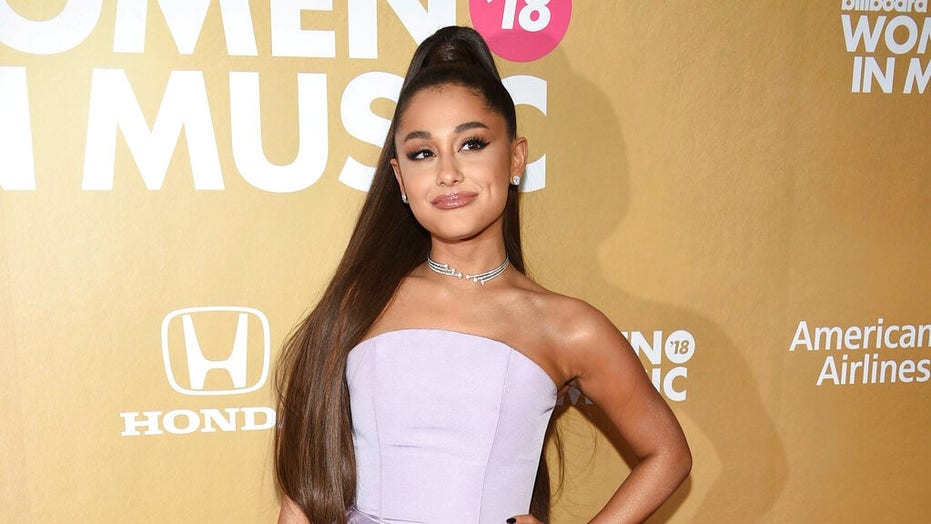 Ariana Grande: What to know

Here are some facts about the Grammy Award-winning American singer.

Ariana Grande has found herself in hot water.

The singer is apologizing to fans following a joke she made involving child pageant star JonBenet Ramsey, who was found dead at age 6 in the basement of her family’s home in Boulder, Colo. in 1996.

The controversy began when Grande's friend, Doug Middlebrook, posted a now-deleted image of Ramsey on a newspaper cover, captioned, "No one has done more covers," according to Page Six.

Grande commented on her friend's post, writing, "I cant WAIT for this to be your halloween look," to which Middlebrook responded, "Working on it already."

Grande's comment quickly sparked outrage, with many fans criticizing the 26-year-old for joking about Ramsey, who was brutally murdered nearly 23 years ago.

"Wait WHAT?? An 8-year-old girl who was violently killed, strangled and suffocated cannot be anyone's costume...," one Twitter user wrote.

"I love Ariana but that comment about Jon Benet was very tasteless. Ugh..." wrote another person.

Commented another social media user: "Wtf! JonBenet was 6 when was murdered but anyways....I love Ariana but I can’t believe she said that. The poor child was brutally murdered in her own home and the fact that she can’t wait for her friend to make a Halloween costume like that is disgusting."

Grande soon replied to one fan, saying, "Yeah no i deleted it very quickly and understand that it’s not at all funny. this was out of pocket and i sincerely apologize."

However, Grande's apology did not sit well with many social media users, who claimed the singer's "comment was up for a day."

"No baby that comment was up for a day and you’re just now apologizing because you got called out. this ain’t it sis. r u good?," one Twitter user responded.

ARIANA GRANDE SHOWS OFF GRAMMY WIN ON INSTAGRAM, PRESENTS IT TO HER PET PIG

Another user felt similarly, writing, "Girl it was up for a whole day... u didn’t delete it 'very quickly'”

"Sis..you left the comment for a whole day. you only apologised once you saw that we called you out on it," commented another person.

Meanwhile, some of Grande's fans came to her defense, accepting her apology as sincere.

"It is totally fine. we all make mistakes. don't come for her like 24/7 it's okay, she understands what she did & that's what matters. keep up the positive vibes. no need for hating," one fan wrote.

Another fan thanked Grande for apologizing but advised her to take time away from the social media platform. "Thank you for not staying silent abt this and apologizing. you can only learn and grow from this. love you now get off twitter," the person wrote.

On the morning of Dec. 26, 1996, as the Los Angeles Times and other outlets reported, Ramsey’s mother Patsy Ramsey called the police and reported her daughter was missing, and that she found a ransom note demanding $118,000 in cash.

Hours later, her father, John Ramsey discovered her body in a basement room. Ramsey had been hit on the head and strangled with a crude garrote. She also showed signs of sexual assault.

Ramsey's murder remains an open investigation within the Boulder Police Department. The shocking cold case was recently the center of an A&E documentary, “Hunting JonBenet’s Killer.”

A rep for Grande did not immediately respond to Fox News' request for comment.