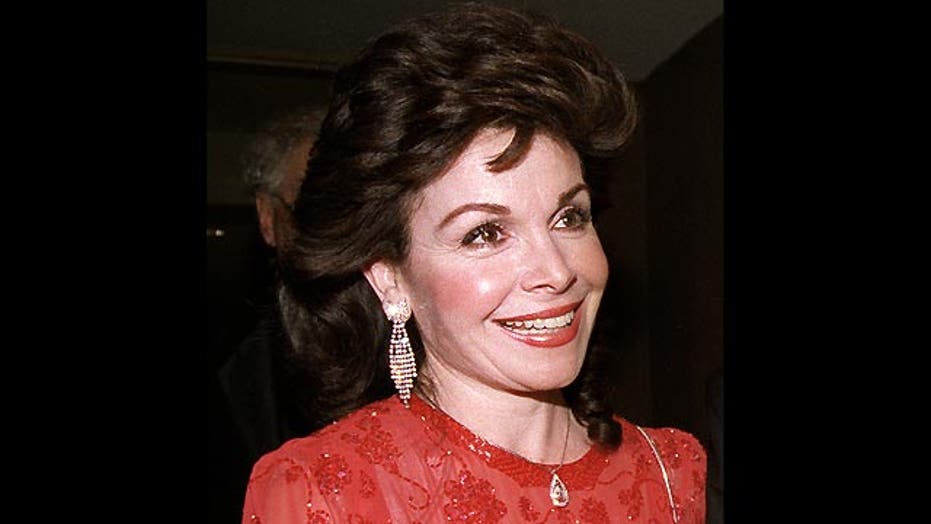 Legendary Disney Mouseketeer Annette Funicello died on Monday from complications due to Multiple Sclerosis, a disease she battled for more than 25 years.

"Annette was and always will be a cherished member of the Disney family, synonymous with the word Mousketeer, and a true Disney Legend," Bob Iger, Chairman and CEO of The Walt Disney Company, said in a statement. "She will forever hold a place in our hearts as one of Walt Disney's brightest stars, delighting an entire generation of baby boomers with her jubilant personality and endless talent."

Funicello stunned fans and friends in 1992 with the announcement about her ailment. Yet she was cheerful and upbeat, grappling with the disease with a courage that contrasted with her lightweight teen image of old.

The pretty, dark-haired Funicello was just 13 when she gained fame on Walt Disney's television kiddie "club," an amalgam of stories, songs and dance routines that ran from 1955 to 1959.

Her devotion to Walt Disney remained throughout her life.

"He was the dearest, kindest person, and truly was like a second father to me," she remarked. "He was a kid at heart."

When "The Mickey Mouse Club" ended, Annette (as she was often billed) was the only club member to remain under contract to the studio. She appeared in such Disney movies as "Johnny Tremain," ''The Shaggy Dog," ''The Horsemasters," ''Babes in Toyland," ''The Misadventures of Merlin Jones" and "The Monkey's Uncle."

She also became a recording star, singing on 15 albums and hit singles such as "Tall Paul" and "Pineapple Princess."

Outgrowing the kid roles by the early '60s, Annette teamed with Frankie Avalon in a series of movies for American-International, the first film company aimed at the burgeoning teen market.

The filmmakers weren't aiming for art, and they didn't achieve it. As Halliwell's Film Guide says of "Beach Party": "Quite tolerable in itself, it started an excruciating trend."

But the films had songs, cameos by older stars and a few laughs and, as a bonus to latter-day viewers, a look back at a more innocent time. The 1965 "Beach Blanket Bingo," for example, featured subplots involving a mermaid, a motorcycle gang and a skydiving school run by Don Rickles, and comic touches by silent film star Buster Keaton.

Among the other titles: "Muscle Beach Party," ''Bikini Beach," ''Beach Blanket Bingo," ''How to Stuff a Wild Bikini" and "Dr. Goldfoot and the Bikini Machine."

The shift in teen tastes begun by the Beatles in 1964 and Funicello's first marriage the following year pretty much killed off the genre.

But she was somehow never forgotten though mostly out of the public eye for years. She and Avalon staged a reunion in 1987 with "Back to the Beach." It was during the filming that she noticed she had trouble walking — the first insidious sign of MS.

When it was finally diagnosed, she later recalled, "I knew nothing about (MS), and you are always afraid of the unknown. I plowed into books."

Her symptoms were relatively mild at first, but gradually she lost control of her legs, and she feared people might think she was drunk. So she went public with her ordeal in 1992.

She wrote of her triumphs and struggles in her 1994 autobiography, "A Dream Is a Wish Your Heart Makes" — the title taken from a Disney song. In 1995, she appeared briefly in a television docudrama based on her book. And she spoke openly about the degenerative effects of MS.

"I've always been religious. This just makes me appreciate the Lord even more because things could always be worse. I know he will see me through this."

Funicello was born Oct. 22, 1942, in Utica, N.Y., and her family moved to Los Angeles when she was 4. She began taking dance lessons the following year and won a beauty contest at 9. Then came the discovery by Disney in 1955.

"I have been blessed to have a mentor like Walt Disney," she said 40 years later. "Those years were the happiest of my life. I felt that back then. I feel the same today."

Asked about the revisionist biographies that have portrayed Disney in a negative light, she said, "I don't know what went on in the conference rooms. I know what I saw. And he was wonderful."

In 1965, Funicello married her agent, Jack Gilardi, and they had three children, Gina, Jack and Jason. The couple divorced 18 years later, and in 1986 she married Glen Holt, a harness racehorse trainer. After her film career ended, she devoted herself to her family. Her children sometimes appeared on the TV commercials she made for peanut butter.

The beach films featured ample youthful skin. But not Funicello's.

She remembered in 1987: "Mr. Disney said to me one day, 'Annette, I have a favor to ask of you. I know all the girls are wearing bikinis, but you have an image to uphold. I would appreciate it if you would wear a one-piece suit.' I did, and I never regretted it."