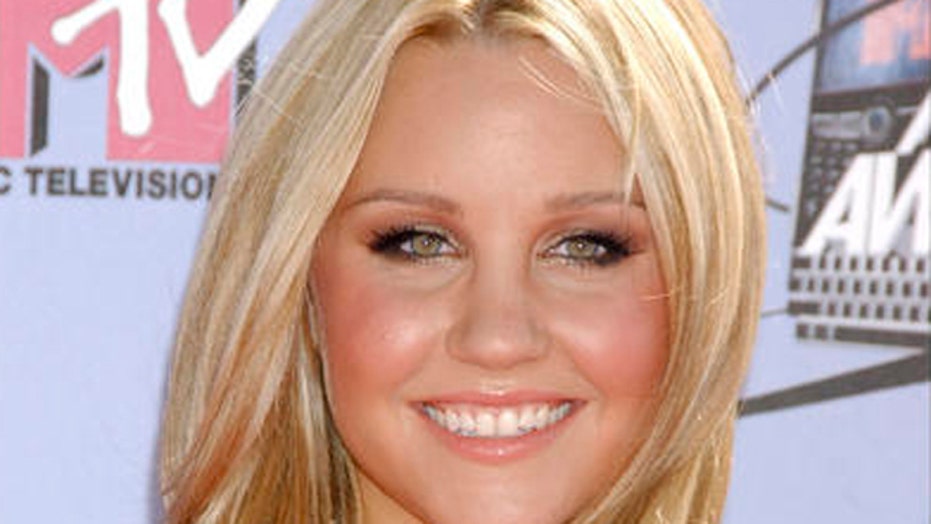 LOS ANGELES – Things are not looking that great for Amanda Bynes.

The actress was recently escorted from a gymnastics class in New York City because staffers were afraid she may harm herself or others, The Post reports.

Bynes apparently broke down crying after she did a cartwheel and her wig fell off. This after wandering around the mats, mumbling to herself. All while wearing fishnets and what The Post described as some kind of lingerie leotard.

During the past month, the “Hairspray” star has posted multiple pictures of herself in everything from blonde wigs to blue lipstick, and made a barrage of perplexing comments via Twitter such as “I want Drake to murder my vagina” and “it doesn’t matter what you think about yourself. All that matters is what your lover thinks of you.”

Last year, Bynes was booted from a spinning class at swanky West Hollywood gym Equinox for her questionable behavior, which involved wandering around the room taking off her top and applying makeup in the middle of the class.

She denied being plagued by personal problems and later insisted that she was “doing amazing.”

Others are not so sure.

"We see a cascade of distressing behaviors. I doubt she feels in control of all this. The question then is what's happening below the surface," said mental illness specialist Dr. John Sharp, who does not treat Bynes.

A source connected to star told us that her year of brushes with the law have taken their toll on the once popular teen/tween idol, and that she was never like this when things first started to go south 13 months ago with a series of driving infractions..

FOX411 talked to several addiction and mental health experts about Bynes. While none of them treat Bynes, they all have thoughts about what we have been watching these past months, and what can be done to help the troubled 27-year-old.

“These behaviors sound like something more than just attention seeking, and it is unclear to me whether she is suffering from a medical or psychiatric disorder, or under the influence of alcohol or drugs,” L.A-based addiction specialist Dr. Damon Raskin, told FOX411’s Pop Tarts column. “She could be having a manic episode which often leads to these eccentric and strange outbursts, bizarre dress and changes in appetite. Many drugs such as methamphetamine, bath salts or even excessive alcohol could make her act this way.”

Last Monday, the now New York resident missed a scheduled Los Angeles court date in Southern California with regards to her misdemeanor case for driving with a suspended license. The reported reason for Bynes's no-show? She hadn’t given her attorney, Richard Hutton, the signed papers for the plea deal they were working on.

But instead of dealing with her West Coast legal isues, Bynes continued on her Twitter tirade of posting concerning photographs and messages.

“I have an eating disorder so I have a hard time staying thin,” she wrote to her more than half a million followers on Friday.

Half an hour earlier, she expressed extreme concern over press coverage surrounding her body.

“I’m suing certain blogs and magazines saying I have a mental illness! They take pictures anytime I’ve gained weight then write a fake story,” she wrote.

It is unclear exactly which outlets Bynes is referring to, yet size and physical appearance seems to be a particularly important issue to the actress, who in 2010 declared she was “retiring” from the profession, only to unretire a year later, before again hanging it all up.

“It could in fact be that she is suffering from an eating disorder, but it's hard to say without examining her. If she is severely malnourished or dehydrated, that can also cause confusion,” Raskin observed. “More than likely, this is all a cry for help, and she really needs to see some medical professionals.”

At the end of last month Bynes uploaded a photograph of herself and wrote that she looked “pudgy” and in February told Us Weekly that her goal was to reach 100 pounds, which is considered severely underweight for her 5’8 frame.

"Family and close true friends may be able to persuade her to seek help. If necessary they can seek professional consultation on how to be especially effective in so doing," Dr. Sharp said. "I'd like to see Amanda define and address any underlying problems and grow from all she has gone/is going through. I'd like to see her happy and responsible for taking charge of her health and well being. Time to get some help."

But according to former prosecutor Loni Coombs, author of  "You're Perfect... And Other Lies Parents Tell," convincing someone to take the plunge and get help is never easy.

"If these strange incidents involving Amanda Bynes aren't caused by drug or alcohol abuse, her increasingly bizarre behavior could very well be the manifestations of an adult onset of some type of mental imbalance. She could benefit from a comprehensive mental evaluation," Coombs said. "However, getting people to see this in themselves and accept the reality that they need to get help can be extremely difficult."

Bynes' only form of representation these days, her lawyer, did not respond to a request for comment and our calls to her parents Los Angeles home were greeted with a hang up.

"There is great concern and compassion for Amanda Bynes as everyone watches her spiral downward.  Unlike other celebrities who have a pattern of outrageous behavior for the purpose of getting attention, Amanda has always seemed to be one of the better behaved, more grounded child to teen actors," Coombs added. "That she is now claiming to have an eating disorder may be a good step in the right direction. Admitting that something is wrong is the first step."