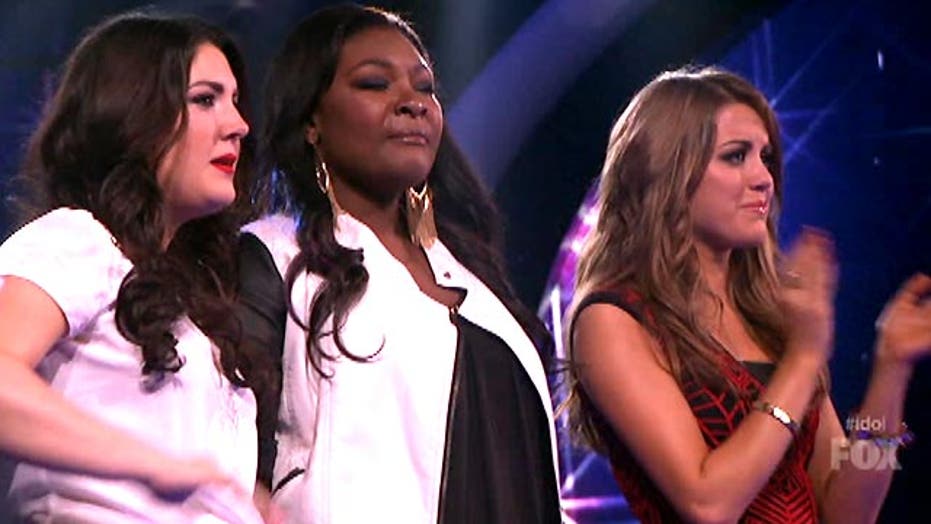 American Idol Recap: And then there were 3

One more gets the boot on idol. Ashley Dvorkin weighs in on the top three contestants

The top three were revealed during Thursday night's episode of "American Idol" and everyone on the stage and behind the judges’ panel were in tears.

Judges Nicki Minaj, Mariah Carey, Keith Urban and Randy Jackson watched as someone was eliminated before the heroes hometown welcome.

Then, Jimmy Iovine gave his comments on the girls last night. “She wasn’t great, but it wasn’t bad enough to send her home,” Jimmy said about Angie Miller. Regarding Amber Holcomb, Jimmy said Amber sounded karaoke when she sang Pink‘s “Just Give Me A Reason” but thought that she crushed it with “Funny Valentine.”

Jimmy said Candice Glover did a magnificent job on both songs and said she was “head and shoulders above the rest.”

Kree “hasn’t lived up to her full potential,” said Jimmy and predicted her “good” (not great) performances might hurt her.

Former "Idol" David Cook debuted his new song “Laying Me Low” and then Will.i.am sang his new song “Bang Bang” from "The Great Gatsby" (in a cool 1920s black and white performance).

And now, the results:

Angie and Candice were announced as safe. 81 million votes decided that Amber would be going home. The judges gave her a standing ovation as she watched her journey with tears streaming down her face. She barely made it through her encore performance as the rest of the contestants and Mariah all started crying.

Click here for more on "American Idol" from The Hollywood Life