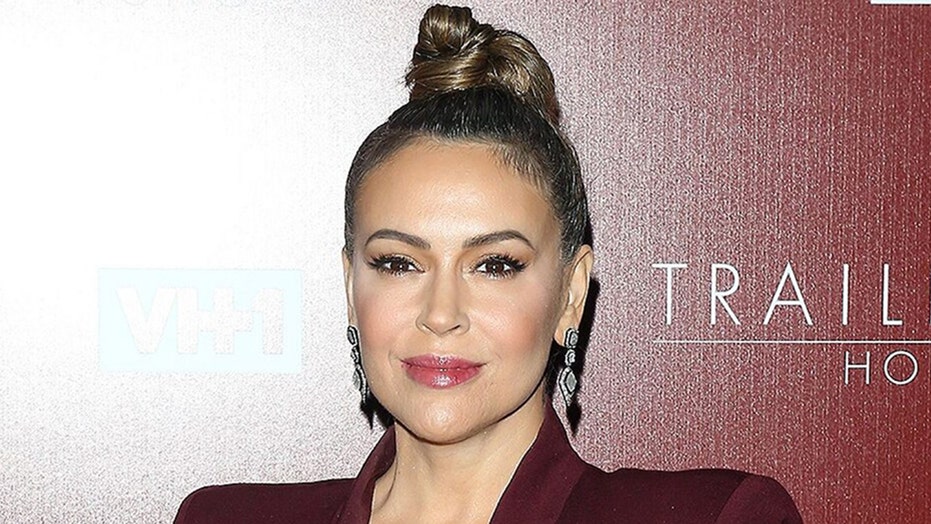 Alyssa Milano reacted to the final presidential debate on Thursday by claiming that a vote to reelect President Trump is essentially a vote against America.

The former "Charmed" actress, an outspoken critic of Trump, posted a series of tweets after the event and said the Democratic nominee Joe Biden "won" the debate.

"I'm voting for @JoeBiden because he is so good for America. His platform is centered around lifting people up and fixing the problems keeping us down. #WhyILoveJoe #Debate2020," she wrote on Twitter.

"Hope over fear. Love over hate," she said in another tweet.

She also summarized what she believes what the Nov. 3 presidential election boils down to.

"America or Trump. You can't love both. #BidenWon," she wrote.

Milano's comments joined a chorus of Hollywood stars who derided Trump for his response to the coronavirus pandemic as well as his comments about migrant children separated from their parents at the U.S. and Mexico border.

".@joeBiden cares about American lives and their livelihoods. Trump doesn't care if we live or die," the actress wrote. "Therein lies the fundamental difference between Biden and Trump. #Debate2020 #TrumpLied220KDied #HealthcareVoter."

Similarly, Joy Behar slammed Trump after he expressed a fondness for New York City and declared it a "ghost town" amid the pandemic.

"New York is not your wonderful city," she wrote. "New Yorkers hate you."

Uzo Aduba tweeted that Biden is "running to unite this country that has been ripped at the seams."

Meanwhile, Trump did receive praise from others in Hollywood, such as Kirstie Alley and Antonio Sabato Jr., who concluded that Trump displayed a job well done on Thursday.

Just weeks ago, Milano blasted Trump's drive-by to wave fans outside of the Walter Reed Medical Center amid his hospitalization for the coronavirus.

Milano has been chatty herself about her own battle with COVID-19. She first revealed her positive diagnosis in August, and has since discussed the lingering symptoms she experienced including heart palpitations, hair loss and forgetfulness.