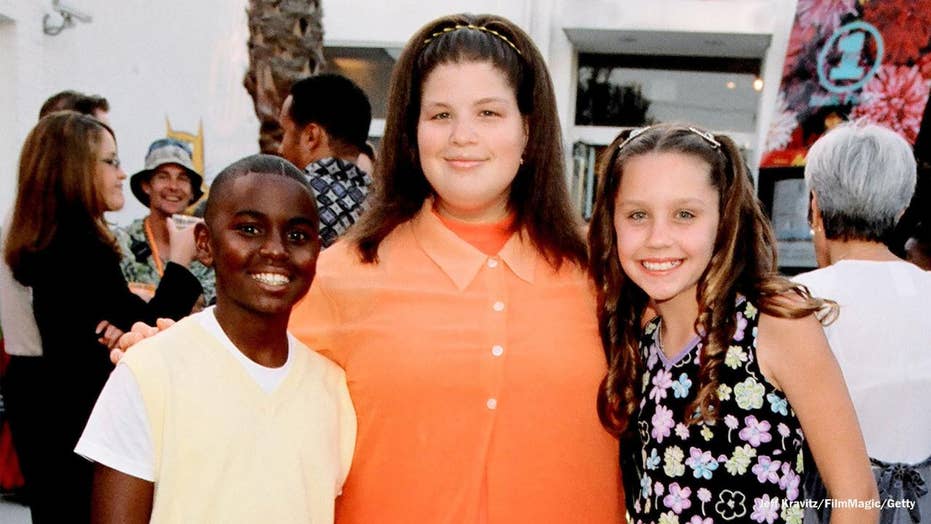 For Nickelodeon, the ‘90s are officially back.

The TV network recently unveiled its new cast of seven teens and tweens for the reboot of their popular sketch comedy series “All That.” The revival’s premiere, which is making a debut on June 15, will feature original cast members Lori Beth Denberg, Josh Server and Kel Mitchell, who also serves as executive producer alongside Kenan Thompson.

'LEAVE IT TO BEAVER' STAR TELLS ALL

Denberg, 43, who reprised her Loud Librarian character, told Fox News it felt as if no time has passed. The original series aired from 1994 until 2005.

“It’s weird,” she explained. “When I talk to some of the original cast members like Kel and Josh that have been back, it’s weird that it’s not weird. I walked onto the Loud Librarian set, which I haven’t been on in [over] 20 years... it’s the same. I’ve got the script, I’m doing the Loud Librarian and it’s like no time has passed. But it’s been 25 years.”

While “All That” now features a whole new set of characters and child actors, Denberg insisted fans of the original show will quickly embrace what Nickelodeon has to offer.

“I think the biggest thing is just that everyone’s continuing with the same show that was on 25 years ago, meaning it’s smart, it’s irreverent, it’s wacky, it’s edgy,” said Denberg. “It’ll be messy, I’m sure. All the great things that you love about the original ‘All That,’ and I think just folding in the boys as producers and us as original cast members — it's going to bring in the parents that used to watch us, and the kids. Everyone’s going to love each other. But, it’s really meshing the old and the new together into kind of a seamless blob of comedy.”

Chinguun Sergelen, a newcomer who's been acting since he was 9, said he’s proud to offer entertainment that will bring families together.

“When you get older, you just remember those moments you had with family and cousins or really good friends when you had the best time of your life,” said the 13-year-old. “Because I… was hanging out with my mom and my aunts and cousins. Man, those were the days.”

“I am so glad that I can be a part of a show that is so hilarious,” chimed Kate Godfrey, 15. “So families all across the world can watch it, laugh together, be together and enjoy it together.”

While it’s still unknown whether more original cast members will appear in the reboot, Denberg teased that it’s a big possibility. The series is known for launching the careers of several stars, including Nick Cannon and Amanda Bynes.

“I’m sure that plenty of the old crew will show up here and there,” said Denberg. “That’s part of the fun of doing this — folding in original cast members and original characters with all the great new stuff that these guys are bringing to the table. I don’t have any secret information to give you, and if I did, I couldn’t tell you because it would be secret information, by definition. But, I’m sure people will show up when you least expect them, bringing back some of your old favorites and some new stuff.”

Denberg previously told Entertainment Weekly she was surprised at being asked to do some of her classic sketches, assuming she was merely on set to pass on the torch to the new cast. However, Denberg insisted she was thrilled to revisit her childhood.

“It has been really fun, and a little surreal to come back and for me, do characters that I haven’t done in 25 years,” she said. “But the best part in the whole world has been getting to hang out with these [new] guys and watch them work. The cast is so fun, smart, funny… [and] energetic. There’s just such a good vibe on the set and that’s my favorite part.”

Denberg insisted that she hopes original viewers will enjoy a blast from the past, all while introducing new audiences to a lighter, more family-friendly form of comedy.

“I hope they have a good time,” said Denberg. “I hope they are able to discover what people liked so much about the original… You know… the ‘90s kids who are all grownups now, come up to me and are like, ‘[This show] made my childhood. It was my favorite thing.’ It’s really nice to look back on something I’m proud of and have it been so well-received and hold a place in people’s hearts.”

"All That" returns to Nickelodeon on June 15.