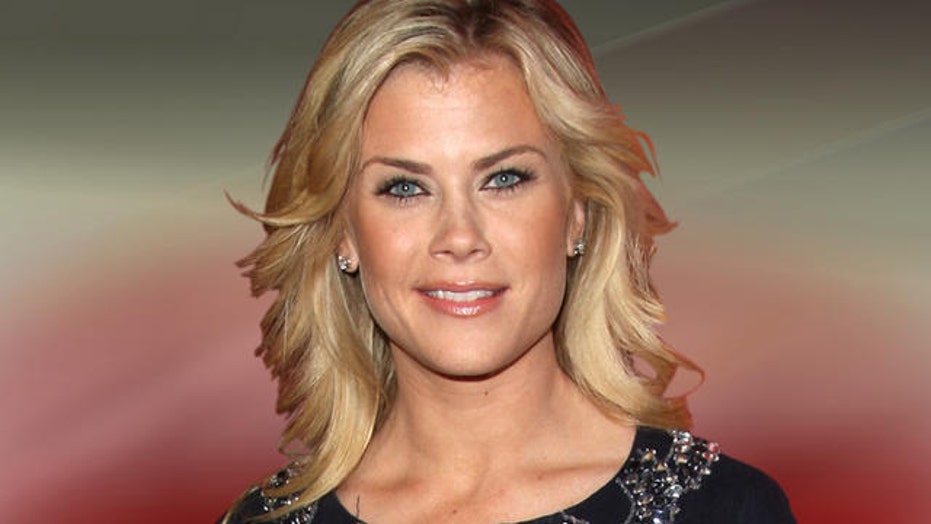 “I joke about it, but it’s true. I definitely had the opportunity to get out of my aggression, feelings and frustrations in this character, who ran around town yelling, hitting, picking fights with people and crying her eyes out,” the 40-year-old actress told Fox News of playing the manipulative Sami Brady in “Days of Our Lives.”

“I haven’t had a good hysterical cry since I left the show,” she added. “It’s a funny thing to be in the habit of shedding tears and pulling on those pretty extreme emotions all the time for 21 years, and then you go back to your regular life. You’re like, ‘Oh yeah, that wasn’t normal.’"

She has fond memories from her time on the set.

"... Sami was crazy, wonderful and such a great adventure for me," said Sweeney. "That’s what I really miss about her. Every day you read a script and discover some new scheme she would cook up. I found myself in all sorts of really outrageous situations in her escapades. That was always fun.”

But Sweeney still has her hands pretty full these days with murder mysteries. Since saying goodbye to “Days of Our Lives” in 2014, the former soap opera star now appears as baker/crime solver Hannah Swensen in Hallmark’s “Murder, She Baked” film series.

“In some ways, there’s this similarity,” explained Sweeney. “You have this character you return to and she has a very specific characteristic. You maintain that and keep your character on a path of development. You want the audience to grow with Hannah and learn with her so you’re not stuck in one place.

"I think for me, the fun of tackling a movie series is that there’s a bit of a resolution. There’s the romance that’s carried on with each movie. But each murder mystery gets resolved at the end of every movie. Coming from daytime, it’s sort of a joy to have an end.”

Sweeney also hasn’t completely left the soap opera world. In “Murder, She Baked,” Sweeney stars opposite Cameron Mathison (Detective Mike Kingston), who’s best known as fan-favorite Ryan Lavery in “All My Children” and Barbara Niven (Hannah’s mom Delores), of “One Life to Live” fame. The trio have developed a close bond on set, which has easily translated for audiences.

ALISON SWEENEY LEAVING 'DAYS OF OUR LIVES' AFTER 21 YEARS

“I think one of the things we offer is family programming that I’m proud to show my kids,” explained the married mother of two. “They can watch it with me. And I think the idea of trying to stay ahead of the show, like looking for clues and trying to figure them out, is a fun activity for the family. And of course, I’m always a sucker for a good love story.”

Sweeney is so passionate about her current role on TV that even after tearing her ACL in a skiing accident, she still appeared on set three weeks later. The film’s script was revised to incorporate her real-life injury into the story.

But fans of “The Biggest Loser,” where Sweeney served as host for eight years before leaving in 2015, shouldn't expect to see the starlet going too crazy with sweets, even though her new film is set in a bakeshop.

“Well, it’s impossible not to indulge,” admitted Sweeney. “Well first of all, I’ve had scenes where I had to eat cookies, and you think, ‘Oh well, it’s my job, I’m supposed to eat cookies in the scene!’ There’s such tempting deliciousness all around you. But the good news is that they’ve been on set for seven days, and they’re the same cookies, so while on the first day it was tempting, by day three, they’re pretty stale.”

ALISON SWEENEY: WHY I LEFT 'DAYS OF OUR LIVES'

And while Sweeney is happily savoring a slower pace in “Murder, She Baked,” she isn’t completely opposed to making a return to soap operas in the near future.

“I think I learned a good lesson from ‘Days’ and that’s you never say never,” said Sweeney. “I loved my job, I loved playing Sami…my door is always open to opportunities.”