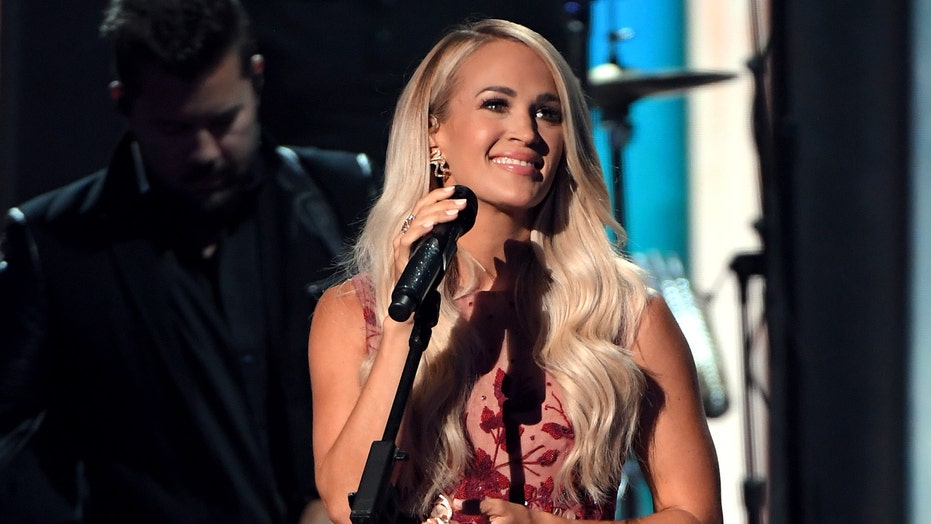 The Academy of Country Music Awards is all about recognizing contributions to the genre.

To do just that, entertainer of the year nominee Carrie Underwood took to the stage to perform a medley of songs from some of country music's most iconic women.

The 37-year-old musician covered Dolly Parton's "Why'd You Come in Here Lookin' Like That," Patsy Cline's "Crazy," Reba McEntire's "The Night the Lights Went Out in Georgia," Loretta Lynn's "You Ain't Woman Enough," Barbara Mandrell's "I Was Country When Country Wasn't Cool" and Martina McBride's "A Broken Wing."

"Patsy and Loretta, Martina and Barbara, Reba and Dolly. These strong voices mean so much to me and to all the other female artists who stand on their shoulders," Underwood said. "They are some of my heroes, and I am so honored to stand alongside them as a fellow member of the Grand Ole Opry. It's my pleasure to pay tribute to these legendary ladies as we celebrate the Opry's 95th anniversary."

The "American Idol" alum performed at the Grand Ole Opry House, one of three locations that this year's virtual event is being broadcast from. Other performances are taking place at the Bluebird Cafe and the Ryman Auditorium.

For her tribute, Underwood donned a red calf-length dress with a floral design.

The performance was hailed by fans online.

"Ummm @carrieunderwood you are GOALS," said singer Carly Pearce online. "That last note, the whole entire tribute... thank you for always being so true to country music & the amazing @opry."

Kelsea Ballerini suggested Underwood was, in fact, the entertainer of the year after the performance.

"Carrie Underwood just showed why she is the entertainer of the decade," a fan wrote. "The country music industry is lucky to have you @carrieunderwood That performance was spectacular, you have left the world breathless."

Added another: "@carrieunderwood that was a phenomenal performance, covering some of the best in country music history...and wow those pipes ending it w/ Broken Wings...what an amazing collaboration."