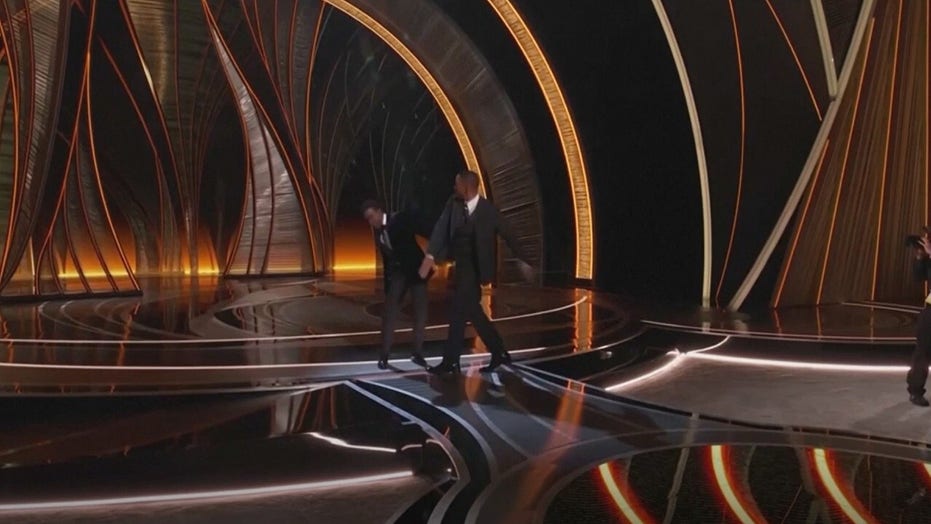 The Academy of Motion Pictures Arts and Sciences is launching a formal review into the Will Smith and Chris Rock altercation during the Oscars Sunday evening.

In a statement Monday, a spokesperson for the film academy told Variety: "The Academy condemns the actions of Mr. Smith at last night’s show. We have officially started a formal review around the incident and will explore further action and consequences in accordance with our Bylaws, Standards of Conduct and California law."

The academy previously issued a statement on Sunday, stating that it "does not condone violence of any form."

A rep for the academy did not immediately respond to Fox News Digital's request for comment.

CHRIS ROCK PRAISED FOR NOT HITTING WILL SMITH BACK AFTER OSCAR SLAP: ‘WE NEED TO APPLAUD HIS PROFESSIONALISM'

Smith stunned the Dolby Theatre crowd and viewers at home when he took the stage during Rock's remarks after the comedian made a joke about Jada Pinkett Smith, Smith's wife.

The joke touched a nerve. Pinkett Smith, whose head is shaved, has spoken publicly about her alopecia diagnosis. Rock has also previously joked about her. Rock hosted the 2016 Oscars, when some were boycotting the ceremony over the #OscarsSoWhite group of nominees, including the Smiths. Said Rock: "Jada boycotting the Oscars is like me boycotting Rihanna’s panties. I wasn’t invited."

After Rock's joke Monday, Smith strode on stage and slapped the comedian across the face. Back in his seat, Smith twice shouted for Rock to "get my wife’s name out your (expletive) mouth." His words echoed clearly throughout the Dolby, though ABC cut the audio for about 15 seconds. Within an hour, Smith won best actor. During his acceptance speech, Smith apologized to the academy.

Will Smith hits presenter Chris Rock on stage while the comedian was presenting the award for best documentary at the Oscars on Sunday, March 27, 2022, at the Dolby Theatre in Los Angeles. (AP Photo/Chris Pizzello)

Some academy members, like writer-producer Marshall Herskovitz, called for the Academy to take disciplinary action against Smith.

WILL SMITH, CHRIS ROCK OSCARS FEUD MAY HAVE STARTED IN 2016

"He disgraced our entire community tonight," wrote Herskovitz on Twitter.