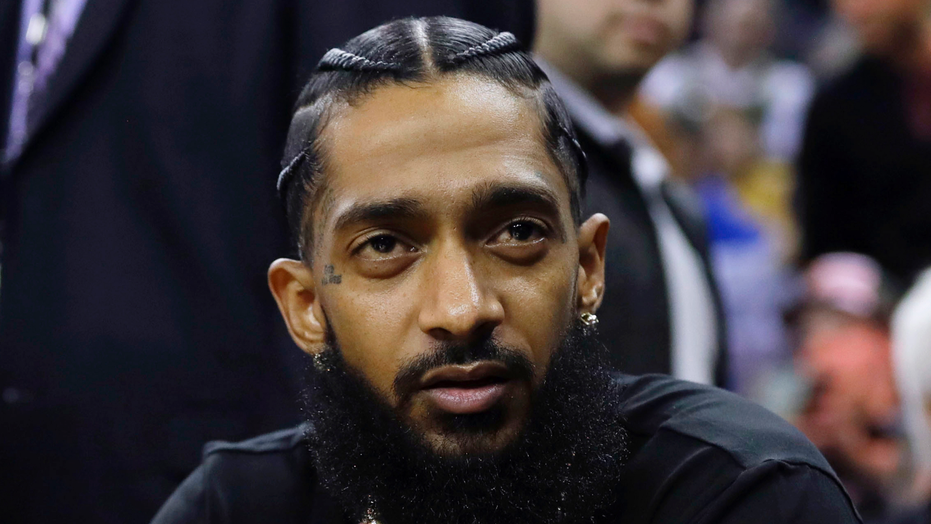 Late rapper Nipsey Hussle was honored at the 2020 Grammy Awards with a star-studded tribute performance just hours after winning his first Grammy posthumously.

"When we lost you it really put some pain on me,” Mill said in the somber solo rap that opened the tribute to his fellow rapper who was shot and killed 10 months ago at age 33.

Things got more celebratory when Khaled and John Legend appeared.

“Everybody get up out your seats, we’re doin’ this for Nipsey Hussle!” Khaled shouted to the crowd Sunday at Staples Center, as video of a rapping Hussle appeared on a big screen.

The show's high-energy tribute performance concluded with an image of Hussle and Kobe Bryant projected on-screen behind the performers.

Bryant died unexpectedly at 41-years-old hours prior to the Grammys in a helicopter crash near Calabasas, Calif. The late NBA player was honored at the top of the show by host Alicia Keys with a tribute sang in tandem with Boyz II Men.

The tributes came after Hussle earned the accolade for best rap performance for his track “Racks in the Middle” along with collaborators Roddy Ricch and Hit-Boy.

The rapper beat out other stars nominated in his category including J. Cole, Dababy, Dreamville, Offset and Cardi B. Hussle was nominated for two other awards: He lost best rap song to J. Cole and 21 Savage. Meanwhile, DJ Khaled and John Legend dedicated the award for best rap/sung performance to the late rapper after winning for their collaboration, "Higher."