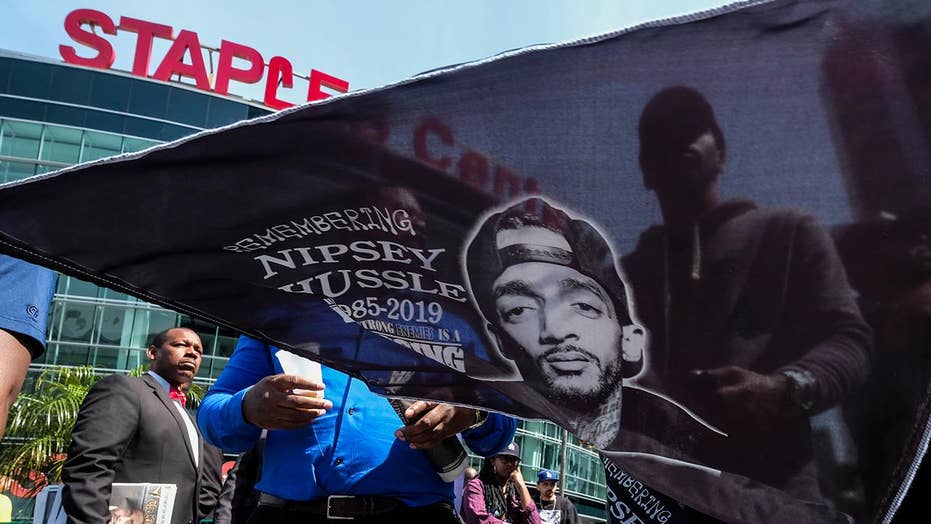 Emotional funeral service held at the Staples Center for Nipsey Hussle less than two weeks after he was killed in a shooting outside his clothing store.

The late rapper, who died at age 33 after being shot in South Los Angeles in 2019, earned the accolade for his performance of “Racks in the Middle” along with collaborators Roddy Ricch and Hit-Boy.

The rapper beat out other stars nominated in his category including J. Cole, Dababy, Dreamville, Offset and Cardi B. Hussle was nominated for two other awards: He lost best rap song to J. Cole and 21 Savage. The third award will be presented during the live show

According to Variety, Hussle’s family accepted the award at a pre-telecast ceremony on Sunday to thunderous applause from the crowd. His grandmother took the stage and thanked people for “showing all the love” for her grandson. Hussle’s brother also shared a few words of gratitude with the recording academy for recognizing the late musician. His partner, Lauren London, was on hand to accept the award as well.

Lauren London, from left, Margaret Boutte, and Samantha Smith accept the award for best rap performance for "Racks in the Middle" on behalf of Nipsey Hussle at the 62nd annual Grammy Awards on Sunday, Jan. 26, 2020, in Los Angeles. (Matt Sayles/Invision/AP)

Later in the evening, John Legend, YG, Meek Mill, Roddy Ricch, Kirk Franklin and DJ Khaled are expected to perform a medley of Nipsey’s songs as a Grammys tribute to the late star.

He had success in hip-hop's inner circles for 10 years through his coveted mixtapes. Last year he broke big with his major-label debut album, "Victory Lap," which was nominated for a Grammy.