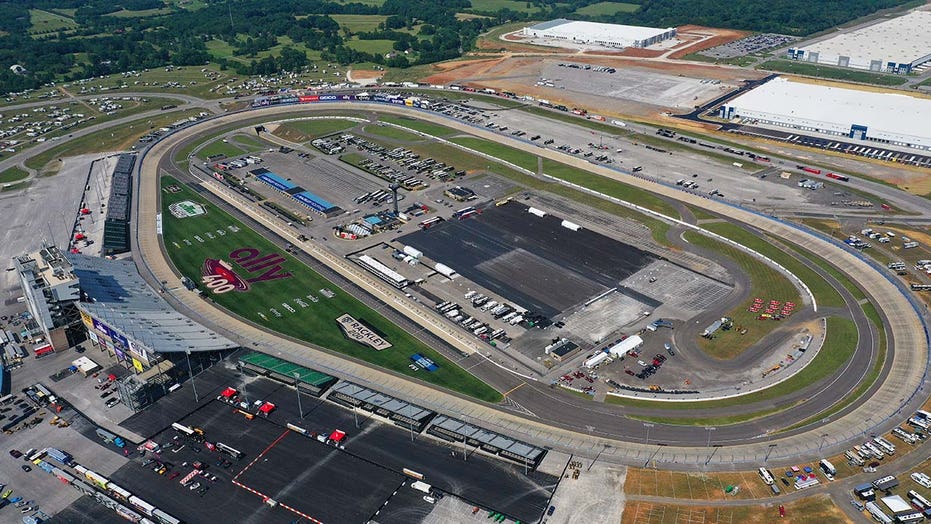 Erik Moses attended his first NASCAR race in 2019 as an XFL executive looking to poach marketing ideas during a trip to Dover International Raceway. One year later, Dover poached Moses and sent him to Tennessee to reopen Nashville Superspeedway.

Moses, hired last August, will open the gates this weekend for a track that had sat dormant since Carl Edwards won the 21st and final Xfinity Series race of the 2011 season.

It will be a seminal moment for Dover Motorsports, which opened the concrete oval in 2001 seeking a coveted Cup race. After a decade of hosting only NASCAR's minor leagues and eight IndyCar races, the company gave up trying for the big show.

"We did not build this track in 2001 to host simply Trucks and Xfinity. It was built for Cup," Moses said in an interview with The Associated Press. "Why weren't we able to attract a Cup race for 20 years, frankly I don't know, and I don't care. My job is to ensure that this runway we have now introduces this marketplace to the best drivers in America and turns this facility into a beloved institution."

The Cup Series has not raced in the Nashville area since 1984 when Geoff Bodine won the last premier series event held at Nashville Fairgrounds Speedway. Its return comes as Nashville has become the hottest market in motorsports.

The city hosted the Cup Series annual awards ceremony in 2019 and NASCAR reintroduced itself to Nashville with an elaborate "Burnouts on Broadway" display in the heart of the entertainment district. IndyCar will return to the city in August for a street race that will cross the Korean War Veterans Memorial Bridge, and Speedway Motorsports is trying to bring NASCAR back to the Fairgrounds.

"It is pretty interesting how everybody is going to Nashville, honing in on Nashville as a great place to be, and I think it's a long time coming," said Dale Earnhardt Jr., who will be part of the broadcast team this weekend as NBC Sports begins its portion of the NASCAR television package. Earnhardt also recently joined the group backing the IndyCar event.

Is it too much racing for one market?

"Physically they are all different and are going to provide a different style of racing and a different style of entertainment," Earnhardt said. "The town does have a lot of energy. When we were there doing the burnout on the boulevard, I was upstairs in one of those buildings looking out the window watching and it was clear as day that this was a great relationship and a great partnership.

"It just felt normal, it didn't even feel new. It felt like an old friend and a buddy you hadn't hung out with in a long, long time."

Dover has made a substantial investment to finally land its Cup race. The company moved one of its two annual races from its Delaware track to get its Cup date and was rewarded with a four-year sanctioning agreement from NASCAR.

Dover pledged upwards of $8 million for capital improvements, which Moses said has included a massive fiber installation for wireless capability at the superspeedway, added SAFER barriers, a renovated luxury suite complex, infield care center and media center. New asphalt was also poured on the infield road course and apron. There is a fresh coat of paint and new lighting and sound systems.

"If you left your house for 10 years unlived in, there would be a lot that you had to do before you invite your friends and family over," Moses said.

Justin Marks, owner of Trackhouse Racing and a Nashville resident, has seen the track ahead of NASCAR's tripleheader weekend. He's also part of group promoting the IndyCar race and his vision for Trackhouse is to relocate the team to Nashville and operate from the entertainment district by the 2023 season.

Marks said he believes the superspeedway, even though it is located about 30 miles outside of downtown, can succeed.

"The speedway has to be presented and marketed as a little bit more of a destination, it's not so far away that it can't be a ‘Nashville event’ and that's evidenced in that they've sold every ticket, sold every suite and they sold the sponsorship inventory," Marks told AP. "It's been out there for a long time, it's been quiet for some time, but it is very much a NASCAR venue and for the series to go put on a good show — all the tools are there for them to do that."

Moses has used the tagline "Cup brings the party" to promote NASCAR's superstars racing at the superspeedway for the first time. He's found that it works because the ardent fan understands the significance of Cup racing at the speedway but the casual fan is only familiar with the stars.

He's convinced, though, the market is starved for racing and the chance to see the top names in person.

"People understand that the best drivers in America are in NASCAR and we're bringing them here for the first time in 37 years, which is really unfathomable for this market and a place that is so deeply connected to our sport and that really loves cars and the car culture," said Moses, the first and only Black track president in NASCAR.

"Apparently, everybody here on the Nashville highways wants to be a NASCAR driver by the way they pass me on the highway, whether it's in a Prius or a minivan. It's a top-tier town and we want to put forth a product that these fans deserve and expect."