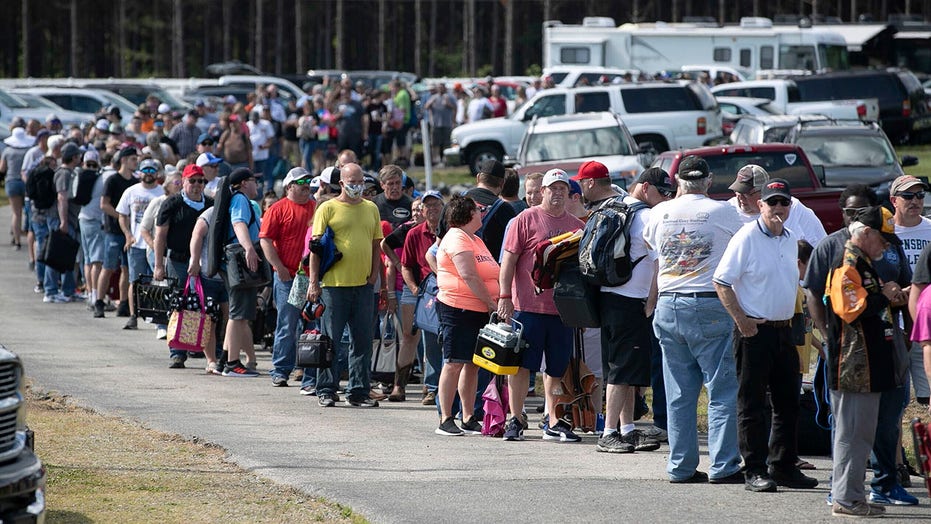 But there was no evidence that father-and-son owners Robert and Jason Turner had done so, leading Cohen to seek a court to intervene. The Democratic governor's restrictions to curb the spread of the coronavirus still limit outdoor mass gatherings to 25 people.

Media outlets had reported crowds at the speedway exceeding 2,000 people, including a gathering last Saturday even after Cooper wrote a letter stating the speedway’s actions were in “open defiance” of the health restrictions. Media reports indicated many gathered at three weekend races since late May sat and stood near each other, and few wore masks. Cohen took action after Sheriff Terry Johnson announced he wouldn't issue a citation against the speedway.

Andrew Kasper, a state lawyer for Cohen's department, told Lambeth during a hearing that the close contact, along with shouting required by patrons to communicate above the din of racing engines, made attendees particularly susceptible to catching the virus. Cohen announced on Wednesday that Alamance was one of eight counties this week that would receive expanded testing and tracing help.

“This action is necessary because Ace Speedway has refused to share in other North Carolinians' sacrifices to preserve our collective public health,” Kasper said, adding repeated violations of Cooper' order “have placed spectators, residents of Alamance County and all North Carolinians at grave risk.”

The speedway appeared to attempt to bypass the governor’s rules last Saturday by suggesting the gathering was protected by a First Amendment exemption. A placard at the speedway read: “This event is held in peaceful protest of injustice and inequality everywhere.”

A lawyer representing the Turners and their company said his clients had not violated Cooper's order and was never served with Cohen's directive to close. Track operators met with local leaders and put virus control measures in place, including temperature checks and recording the license plate numbers of attendees to track any potential cases, said their attorney, Chuck Kitchen.

Kitchen also argued that the Turners’ constitutional rights were being violated and that they were subject to selective enforcement of Cooper’s order. Kitchen said as many as a dozen races with fans present were held last weekend across the state.

“If it’s wrong to have races, than all races have to be shut down,” Kitchen said. Kasper, however said he knew of only one race venue where problems have surfaced.

Lambeth said government leaders are doing their best to balance between keeping people healthy and letting people try to work.

“I don't think anybody takes delight in having a business not being able to have people to come to their establishment,” the judge said.

Lambeth scheduled another hearing for June 19, where he is likely to consider requests from the state for more permanent action. Cohen's abatement order said the speedway could reopen if they came up with a plan to comply with Cooper's restrictions, but that would essentially allow no fans. Cooper's current executive order expires June 26, but it could be extended.