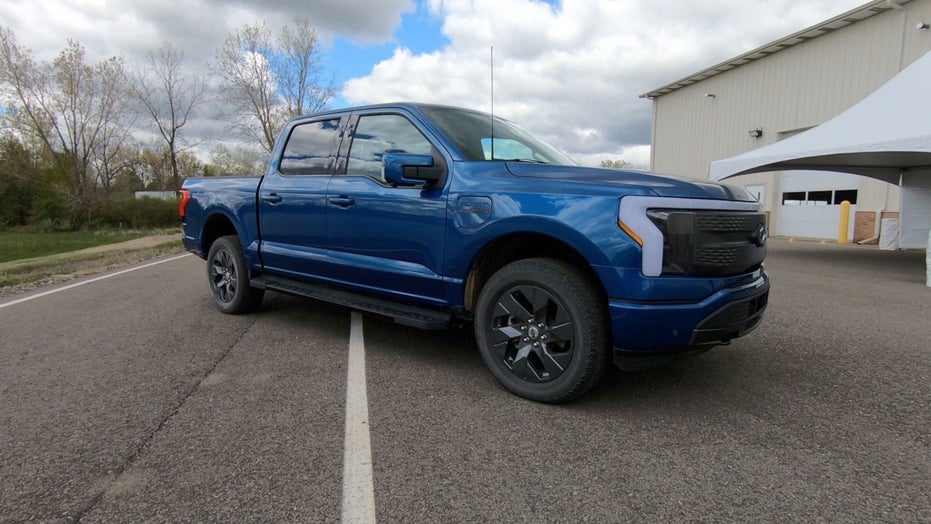 The 2022 Ford F-150 Lightning pickup has been revealed with a starting price under $40G. The all-electric truck is the most powerful F-150 ever and offers a range up to 300 miles per charge.

The F-150 Lighning can share electricity with other vehicles via a 240v outlet powered by a built-in 9.6 kilowatt inverter. ( )

The F-150 PowerBoost hybrid and upcoming electric F-150 Lightning are each equipped with Ford's Pro Power Onboard inverter that turns the powertrain into a generator with 240v outlet. The output can be used for literally anything, including charging electric vehicles like the ones Ford makes.

The mobile charging cable that comes with Ford's electric vehicles can be equipped with a 240v adapter. (Ford)

Ford has now confirmed just how quickly the 7.2-kilowatt and 9.6-kilowatt inverters can replenish the batteries on the Mustang Mach-E, F-150 Lighting and E-Transit van.

Using the portable power cord that comes with the vehicles and a 240-volt outlet adapter, the Mustang Mach-E can fill up with 20 miles worth of electricity per hour, the F-150 Lightning 13 miles and the E-Transit 10 miles.

It's not something an owner would want to rely on regularly, but could come in handy in a pinch if they're running low and can't reach a charging station.

Ford says the F-150 Lightning can be used as backup power for a home for up to three days. (Ford)

Ford is also planning to offer a feature that integrates the F-150 Lightning with a home electrical system to provide backup power for up to three days from its battery in the event of a blackout and the Pro Power Onboard can be used to charge electrical equipment and even battery-powered motorcycles in the bed while the F-150 is in motion.