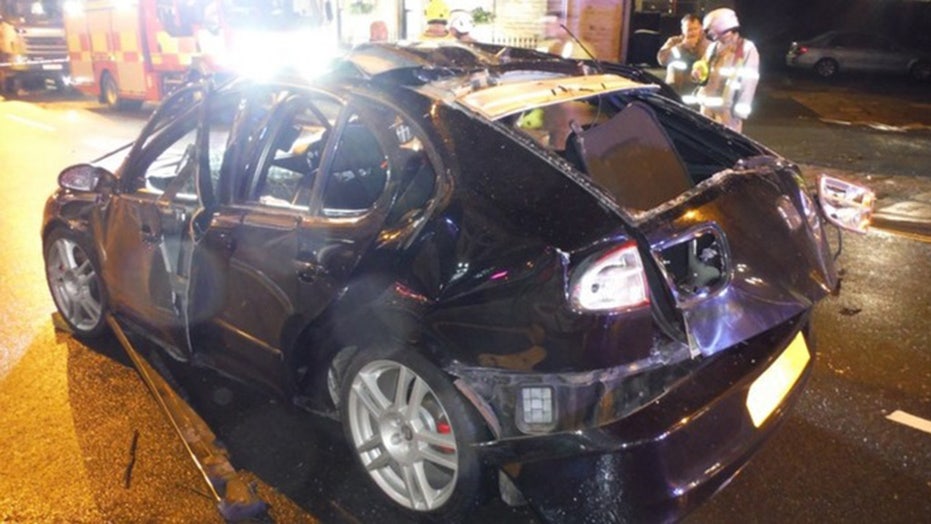 A driver in England accidentally blew up his car when he lit a cigarette after spraying air freshener inside, officials said.

The unidentified man sprayed an "excessive" amount of aerosol spray in his car, which was parked in Halifax, West Yorkshire, on Saturday when he decided to grab a cigarette.

Witnesses told the Manchester Evening News they heard an "enormous bang" — and saw the car's windows shatter and nearby buildings shake.

A car exploded in England on Saturday after the driver sprayed air freshener inside before lighting a cigarette, officials said. (West Yorkshire Fire and Rescue Service)

The driver reportedly made it out of the car with minor injuries and was treated by first responders, but West Yorkshire Police said in a statement the situation "could have been worse."

"The owner of a car parked on that street and had used an air freshener can but not ventilated his car before lighting his cigarette," West Yorkshire Police said in a statement. "The fumes exploded and blew out his windscreen, along with some windows at nearby business premises."

The street was briefly closed while authorities — who warned members of the public to "be careful and follow guidelines when using air freshener cans" — investigated.