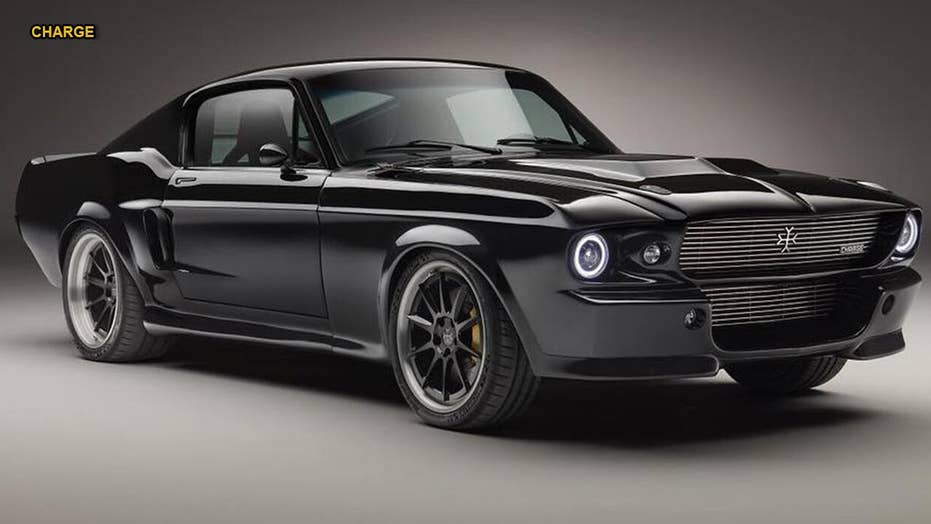 A staple of American muscle car history is getting retooled, as British automaker Charge as revealed their battery-powered version of the classic 1967 Ford Mustang. Charge's version uses an officially-licensed aftermarket body, with a 64 kilowatt-hour battery pack and four electric motors that give the car 469hp and 885 lb-ft of torque. The high-tech creation is listed for the equivalent of $380,000 and will have a limited production of 499 cars.

The 1967 Ford Mustang is being rebooted.

A new British automaker named Charge is now selling a battery-powered version of the classic American sports car. The company has teamed up with another startup named Arrival that has been developing an electric delivery van.

Charge’s coupe mixes an officially-licensed aftermarket body with a 64 kilowatt-hour battery pack and four electric motors that put out a muscle car-like combined 469 hp and 885 lb-ft of torque.

Charge claims the all-wheel-drive car will be able to accelerate to 60 mph in under four seconds and cover 200 miles per charge. You can also switch it to rear wheel drive if burnouts and drifting are more your thing.

The interior features a modern take on the Mustang’s iconic twin-brow dashboard, and has a digital instrument cluster along with large portrait-style infotainment screen hanging down between the seats above empty space where a transmission tunnel would normally be.

What it doesn’t have is a pony-car style price. The high-tech creation is listed for the equivalent of $380,000, although it isn’t currently available in the U.S.

That seems to be the going price for retro-electric Mustangs, however. A Russian company named Aviar Motors recently revealed a similar concept based on a Tesla Model S platform for $395,000.

Charge is limiting production to 499 cars and will debut its first production model at the Goodwood Festival of Speed on July 4.