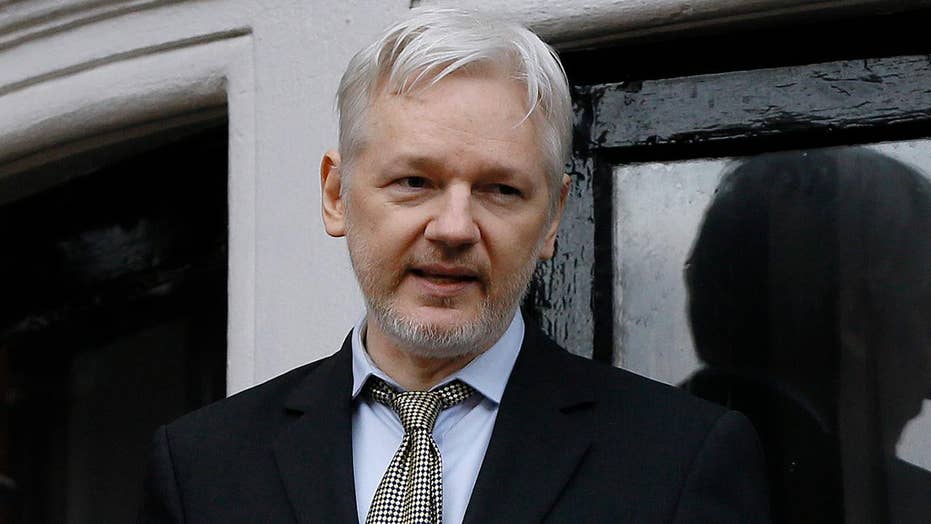 WikiLeaks founder was accused of sex crimes against two women

STOCKHOLM – Sweden's top prosecutor, Marianne Ny, said Friday she's dropping an investigation into a rape claim against WikiLeaks founder Julian Assange. Here an official English translation of her explanation of the decision, which was sent to Stockholm District Court:

The preliminary investigation against Julian Assange for rape (lesser degree) is to be discontinued.

It is no longer possible to continue the preliminary investigation pursuant to Chapter 23, Section 4, second paragraph, of the Code of Judicial Procedure.

The suspect has left the country and, in light of the facts and circumstances of the case, executing the decision to extradite him to Sweden is not expected to be possible within the foreseeable future.

At an unknown time Julian Assange left Sweden and, after a European Arrest Warrant was issued, was taken into custody in London by the Metropolitan Police on 7 December 2010. On 16 December 2010, the City of Westminster Magistrates' Court decided to release Julian Assange on bail. The question of his surrender to Sweden, based on the issued European Arrest Warrant, was heard by three courts in England. On 14 June 2012, The Supreme Court issued a final decision ordering the surrender of Julian Assange to Sweden. On 19 June 2012, Julian Assange, acting in violation of the terms of his bail, took refuge in the Embassy of the Republic of Ecuador in London. Since then he has remained there, under the protection of the Republic of Ecuador. Through this action, Julian Assange has evaded every attempt to execute the decision to surrender him to Sweden.

The decision to arrest Julian Assange in his absence has been repeatedly reviewed by the courts. The question of the principle of proportionality was examined by the Supreme Court (NJA 2015 p. 261). The Supreme Court considered the public interest aspect of the investigation, as well as the risk that Julian Assange would evade having legal proceedings against him, to be of continued importance, and took the view that the continued arrest warrant was proportionate despite the amount of time that had passed. The question of further detention was last reviewed by the Swedish Supreme Court on 16 September 2016.

CONTEXT: WHAT'S NEXT FOR ASSANGE?

Through means of legal assistance provided by the Ecuadorian Republic, Ecuadorian prosecutors interviewed Julian Assange on 14-15 November 2016 in London. A report of the interviews was received by Sweden on 4 January 2017, and the translation into Swedish was received on 15 March 2017. These interviews in London led to further investigative measures being taken. It is now not possible to take any further steps that would move the investigation forward.

In view of the fact that all prospects of pursuing the investigation are now exhausted, it appears that, in light of the views expressed by the Supreme Court in its assessment of the proportionality in this case, it could be argued that it becomes less proportionate to maintain the arrest of Julian Assange in his absence via a European Arrest Warrant.