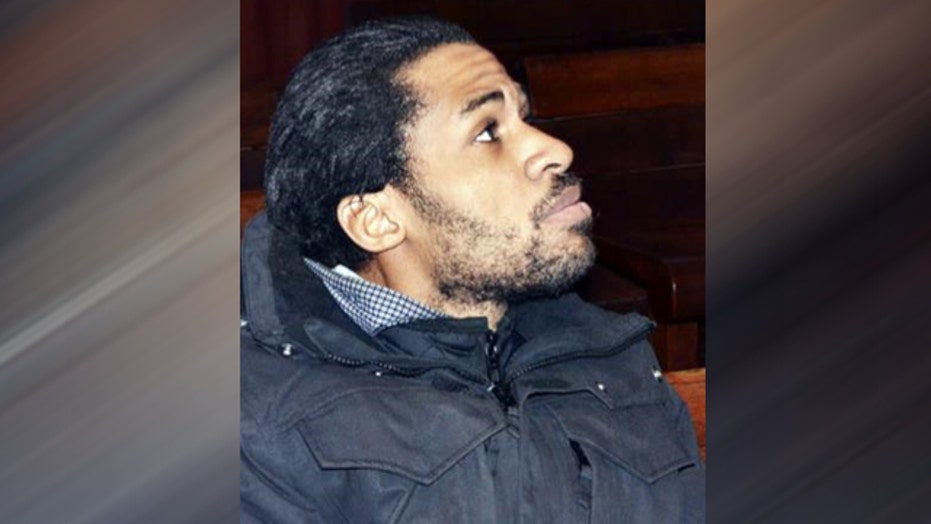 A Frenchman who is believed to have links to one of the Charlie Hebdo attackers is being held in Bulgaria, authorities announced Tuesday.

French police said Monday as many as six members of the terrorist cell that carried out the Paris attacks may still be at large, including a man seen driving a car registered to the widow of one of the gunmen. The country has deployed 10,000 troops to protect sensitive sites, including Jewish schools and synagogues, mosques and travel hubs.

Amid the hunt for accomplices, Bulgarian authorities said Tuesday they have a Frenchman under arrest who is believed to have links to Cherif Kouachi, one of the Charlie Hebdo attackers.

Fritz-Joly Joachin, 29, was arrested Jan. 1 as he tried to cross into Turkey, under two European arrest warrants, one citing his alleged links to a terrorist organization and a second for allegedly kidnapping his 3-year-old son and smuggling him out of the country, said Darina Slavova, the regional prosecutor for Bulgaria's southern province of Haskovo.

"He met with Kouachi several times at the end of December," Slavova said.

A French police official said Tuesday that the weapons used in the attacks came from outside the country, and that authorities are urgently tracing the source of the financing.

Christophe Crepin, a French police union representative, said several people are being sought in relation to the "substantial" financing of the three gunmen, as well as others in their network.

He said that the weapons stockpile clearly came from abroad and the amount spent shows an organized network.

French Prime Minister Manuel Valls is urging tighter surveillance and other anti-terrorism measures as part of a "war" against radical Islam.

In a rousing, indignant speech Tuesday, Valls said that "serious and very high risks remain" and warned the French not to let down their guard. He said he wanted new surveillance of imprisoned radicals, and told the interior minister to come up with new security proposals in the coming days.

A man was sentenced to four years in prison Tuesday for defending last week's attacks, in a sign that France may be already beefing up actions against extremism.

Cherif and Said Kouachi and their friend, Amedy Coulibaly, the man who killed four hostages in the Paris grocery, died Friday in clashes with French police. All three claimed ties to Islamic extremists in the Middle East -- the Kouachis to Al Qaeda in Yemen and Coulibaly to the Islamic State group.

Two French police officials told The Associated Press that authorities also were searching around Paris for the Mini Cooper registered to Hayat Boumeddiene, Coulibaly's widow, who Turkish officials say is now in Syria.

One of the police officials said the Paris terror cell consisted of about 10 members and that "five or six could still be at large," but he did not provide their names. The other official said the cell was made up of about eight people and included Boumeddiene.

One of the police officials also said Coulibaly apparently set off a car bomb Thursday in the town of Villejuif, but no one was injured and it did not receive significant media attention.

Video has emerged of Coulibaly explaining how the attacks in Paris would unfold. French police want to find the person or persons who shot and posted the video, which was edited after Friday's attacks.

Ties among the three attackers themselves date back to at least 2005, when Coulibaly and Cherif Kouachi were jailed together.