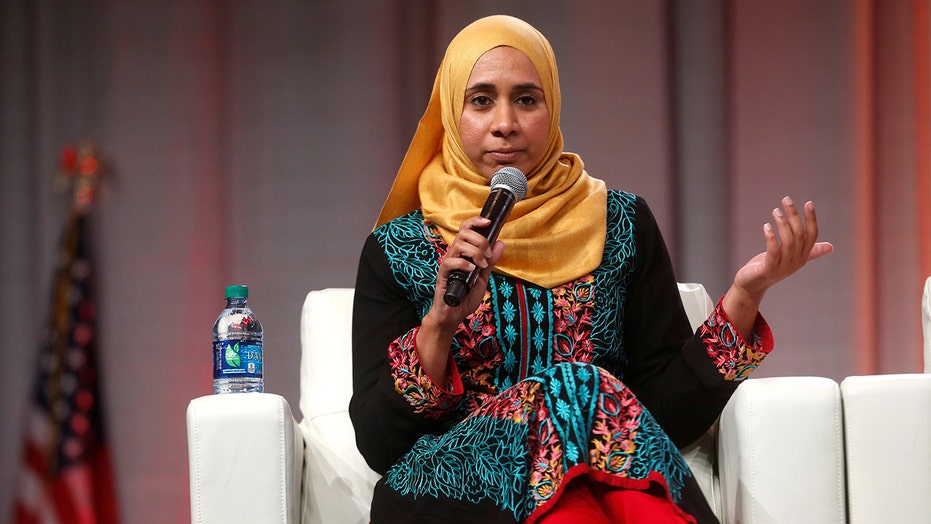 The Women's March is trying to rid itself of what critics have called an anti-Semitism problem.

The Anti-Defamation League called for the Women's March to "condemn the statements and sentiments" of Billoo, a lawyer and executive director of CAIR (the Council on American-Islamic Relations) in San Francisco, describing her "long history of deeply offensive and antisemitic statements."

Billoo has described Zionism as "racism" and voiced seemingly hateful views toward Israel and those supporting it, going as far as to say in 2014, "I don't think we can work on civil rights together in the US" if someone supports Israel, which she compared to "baby killers."

CAIR has long been accused of being an offshoot of the Muslim Brotherhood and was named in 2007 along with 300 other organizations as an unindicted co-conspirator in a case on funding the extremist group Hamas in Gaza.

"I'm more afraid of racist Zionists who support Apartheid Israel than of the mentally ill young people the FBI recruits to join ISIS," Billoo, a friend of Sarsour's, wrote on social media in 2015, floating a conspiracy that the FBI recruited young people to join the Islamic militants in Syria and Iraq.

In 2014, she tweeted: "Blaming Hamas for firing rockets at [Apartheid] Israel is like blaming a woman for punching her rapist."

But, early Thursday morning, Billoo, in a series of 25 tweets, claimed to be the subject of "an Islamophobic smear campaign led by the usual antagonists, who have long targeted me, my colleagues, and anyone else who dares speak out in support of Palestinian human rights and the right to self-determination."

Billoo admitted anti-Semitism has been a "growing and dangerous problem" but stood by her words, saying she may have worded them differently now.

She was meant to be one of the 16 new board members of diverse backgrounds elected by a nominating committee, included three Jewish women, a transgender woman, a former legislator, two religious leaders and a member of the Lakota nation’s Oglala tribe, to replace Sarsour, Mallory, and Bland, the Washington Post reported.

The Women’s March, which was first held on Jan. 21, 2017, was a response to President Trump’s White House inauguration. Thousands of women in Washington, D.C., and in cities across the U.S. and world, used the day to advocate for human rights and women's issues, which protesters argued would face adversity under the new administration.