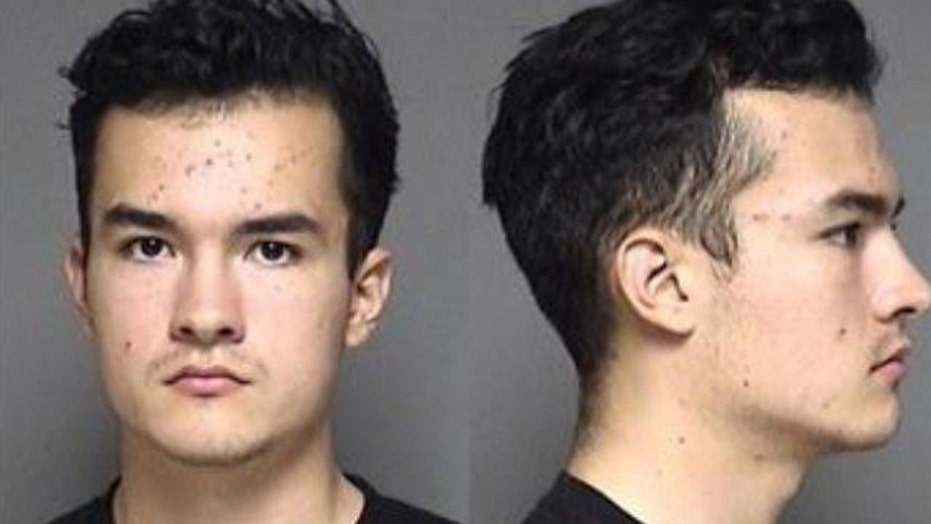 A pro-life event at a Minnesota community college was evacuated by a bomb threat midway through the speaker's remarks Wednesday night, according to police.

Noah Maldonado, the Minnesota regional coordinator for Students for Life of America (SFLA), was kicking off an event for the "40 Days for Life" fall campaign when a young adult dropped a mysterious package in the middle of the room. Officials said the package appeared to be a bomb and smelled like ammonium.

The Rochester Police arrested Samuel Vanderwiel, who was arrested as a result of the bomb threat and charged with one felony count of terroristic threats with reckless disregard, and misdemeanors: one count of 5th-degree assault; one count of disorderly conduct; and one count of public nuisance, according to Olmsted County arrest records.

Samuel Vanderwiel was arrested Wednesday night at the Rochester community college where a pro-life event was being held, charged with "terroristic threats." (Olmsted County)

Attendees in the Hill Theatre, as well as students attending night classes at the Rochester Community and Technical College, were immediately evacuated by security on campus, who responded to a "chemical spill."

Police arrested Vanderwiel and cleared the building within an hour. No one was injured in the incident.

Once outside, the pro-lifers prayed and Maldonado finished his speech entitled "Embracing Controversy."

“It’s disappointing that a pro-choice student finds it appropriate to scare innocent children and families and try to intimidate them from peacefully praying and sidewalk counseling," Maldonado said. "However, it’s not surprising, when we see the climate on high school and college campuses, where speaking tour banners are burned, displays are vandalized, and administrators try to silence students.”

A photo taken of the pro-life event at a Rochester, Minn. community college before being evacuated due to a bomb scare. (Students for Life of America)

It's not the first time pro-life students have faced threats on campus.

"The Pro-Life Generation will not be silenced or intimidated,” Kristan Hawkins, president of SFLA, said of the event. “This is not the kind of back-to-school story anyone hopes for, but no matter the opposition, Students for Life will bring our message of hope to campuses in all 50 states.”