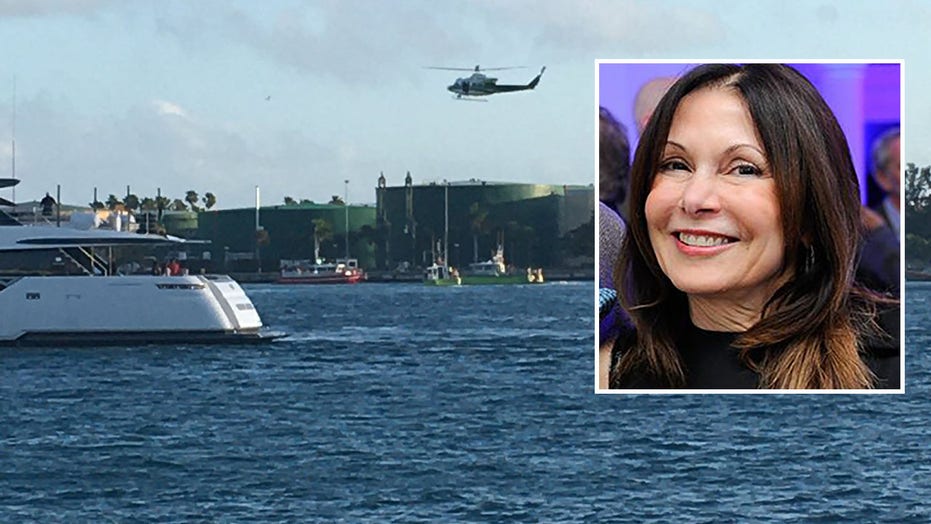 Two women who died inside a submerged Mercedes-Benz that rolled off a Florida ferry Tuesday were found embracing in the back seat of the car, according to a report.

Emma Afra, 63, who lived in Miami Beach, was identified as the driver, and 75-year-old Viviane Brahms of Harrison, N.Y., as the passenger, Miami-Dade police said Wednesday.

Crews from the U.S. Coast Guard and Miami-Dade Fire and Rescue responded to calls of a submerged vehicle in the area of Government Cut, a shipping channel between Miami Beach and Fisher Island, an exclusive island community, around 5 p.m. Tuesday, the agencies said.

The two were discovered in an embrace in the car, according to the Miami Herald, citing multiple sources.

The Coast Guard is investigating how the car fell from the ferry, but sources familiar with the investigation told the Herald they believe Afra forgot to put the car in park and hit the gas pedal by accident when it began to roll, accelerating through a barrier and into the water.

Fisher Island was named the richest ZIP code in the U.S. in 2019. Afra lived there, according to local reports, and had appeared at numerous high-profile events over the years.

The Fisher Island ferry runs every 15 minutes, taking passengers across the 50-foot-deep channel. The women were on a 113-foot vessel, named the Pelican, which was built in 1981 and last inspected on May 2, 2019, the Miami Herald reported, citing Coast Guard records.

In 2012, Afra co-chaired an event for Kristi House, a nonprofit that advocates to end child abuse and child sex trafficking, helping to raise $500,000 for child victims, according to the organization.

In 2017, both Afra and Brahms were pictured at a private opening at the Mnuchin Gallery in New York City. Last year, they both appeared at Glenn Ligon’s art lecture at the Miami Design District.