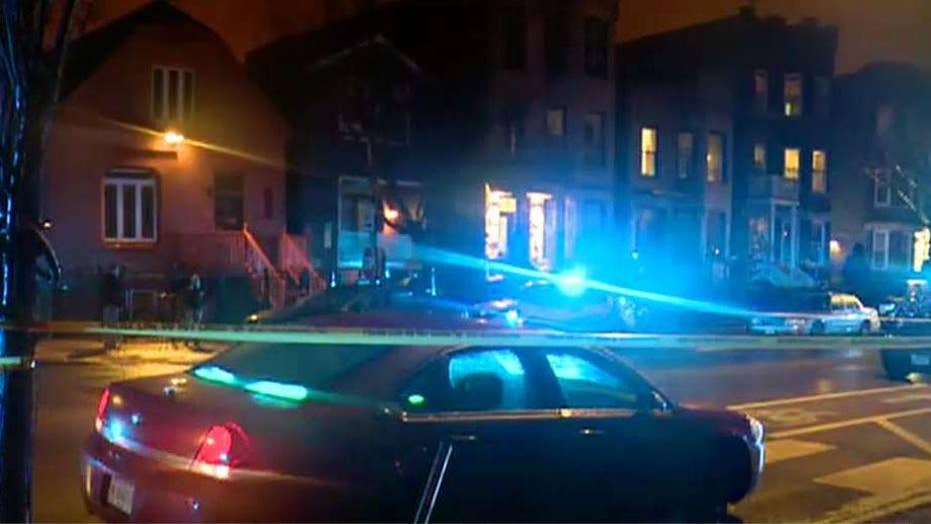 An Illinois judge ordered a woman held without bond Sunday on charges of attempted murder in connection with the shooting of a Chicago police officer serving a warrant.

Police say Emily Petronella, 19, allegedly shot the 34-year-old officer in the shoulder Saturday when she opened fire through the back door of her Humboldt Park home. Law enforcement officers, at the time, were attempting to gain entry to the residence via a battering ram.

Police arrested Petronella at the scene. They also seized a loaded 9 mm semi-automatic weapon, more than 10,000 grams of cannabis and $950, according to the Chicago Tribune.

The 19-year-old was also charged with aggravated assault of a peace officer, armed violence while discharging a weapon, aggravated discharge of a weapon at a peace officer and dealing more than 5,000 grams of cannabis.

The officer, who was not immediately identified, was transported to Stroger Hospital, according to the Chicago Tribune. The shooting left him with a fractured vertebra and the bullet lodged itself into his right shoulder muscle. He is expected to make a full recovery.

Jennifer Ravin, a Cook County assistant state's attorney, said the officers arrived on the scene in a marked vehicle with activated lights and announced themselves before approaching the home.

But Petronella’s attorney, Stefan Fenner, argued his client was home alone and responding to loud noises. A woman at the scene who said she was Petronella's mother told the Chicago Tribune Petronella purchased a firearm last year after someone attempted to break into her home.

After the weekend shooting, Petronella also faced charges related to the violation of a bail bond in connection to a previous arrest.

Cook County court records show Petronella was arrested in February after police conducted a traffic stop and allegedly spotted a weapon on the floor of her vehicle. In 2018, she was also arrested on two separate drug charges.