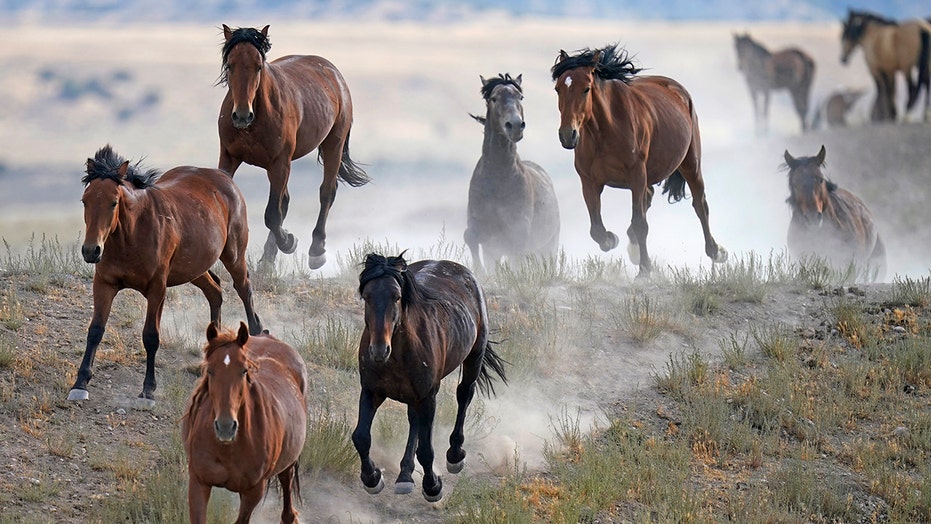 An unknown and highly contagious disease has killed dozens of wild horses at a federal holding facility in Colorado, officials said.

Bureau of Land Management (BLM) officials said 67 horses have died since the outbreak began Saturday at the agency's holding pen in Canon City, about 150 miles southwest of Denver.

"This is a large number of fatalities to have in a relatively short amount of time at a facility like this," Steven Hall, with the Bureau of Land Management Colorado, told FOX31 Denver.

Hall said it is unclear what is killing the horses at this time and that blood tests and autopsies are being performed on some horses.

The facility, which is under voluntary quarantine, currently holds 2,550 horses. BLM officials said the horses that have been most affected by the disease were gathered from the West Douglas area last fall.

"These are horses that were removed from a wild setting," Hall told the station. "So their exposure to some of the diseases and issues that domestic horses are better prepared for might be different and that might be part of what the problem is."