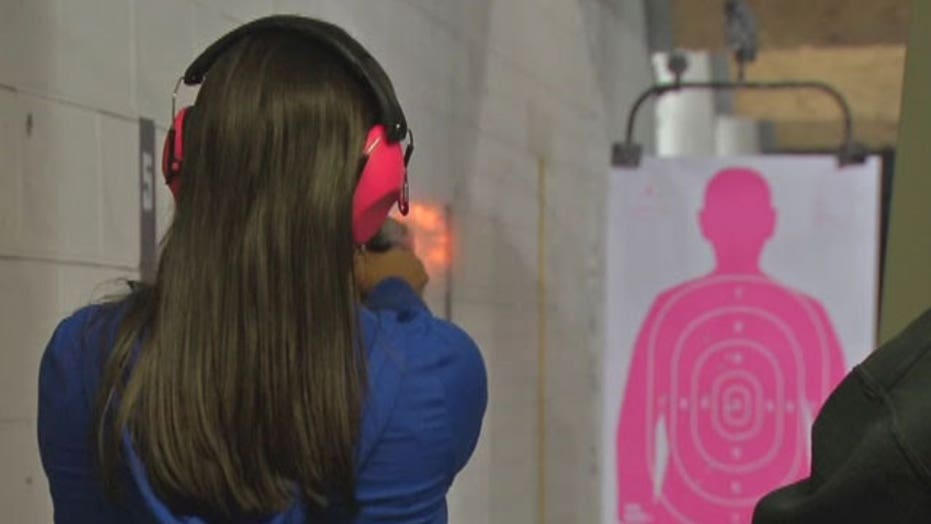 The number of women going to gun ranges has jumped roughly 60 percent since 2001 to more than five million, according to the National Shooting Sports Foundation. For the vast majority of female gun owners, guns are neither sport or hobby.

Instead, an authentic brand of feminism is sometimes behind the purchase.

Kelly Vance (not her real name), a single, 45-year-old woman from Wakefield, Massachusetts, is buying a gun for the first time.

"My family thinks I’m crazy, because we are not ‘gun people,’’ she said during a conversation with LifeZette. "But I am not going to be at the whim of whoever is president when thinking about my personal security. I am single, and I need to be safe, and it is my right to choose how I ensure that safety."

"Firearms only rely on chemical reactivity to provide the power to fire the weapon, so women can now be equivalent to men when it comes to confronting a violent situation and succeeding," he said.

Men Are Arming Up, Too
Federal FBI data show that 2015 was a record-breaking year for the American firearms industry for both sexes, with gun sales hitting the highest level on record. Background checks for gun purchases and permits jumped 10 percent in 2015 to 23.1 million. That's the largest number since the federal background check system began operating back in 1998.

Johnny Donnelly, owner of Precision Firearm Sales in Woburn, Massachusetts, sees a different — and growing — population of Americans who are looking to buy a gun.

"Things have changed," he told LifeZette of his "typical" client. "It’s at a point where people you would never expect are walking through the door. A lot of college-age women and senior women, too, are coming in to purchase a gun."

Fees and Fears
But why the urgency for Americans? Why now? For one thing, Donnelly says, it’s the ever-escalating gun class fees.

"Towns like Lowell, Massachusetts, are charging $1,000 to take classes now, and people are thinking, ‘If I’m going to do this, I’d better do it now,’" he told LifeZette. "Also, people know that licensing is very fluid and there’s so much discretion between towns. A chief of police in one town may issue licenses, and there may be other towns where no one gets a license."

He also feels the American psyche today has collectively accepted that we live in a dangerous world.

"As we’re talking right now, choppers are in the air and sirens are sounding — a murder suspect is on the loose here, even in this little town," he said of his town, population nearly 110,000. "People are finally waking up, and saying, ‘The time is here. I need self-defense.’"

If Hillary Clinton gets into the Oval Office this fall, Donnelly predicts panic-buying in the gun market.

"There will be extreme shortages of both guns and ammo," he said. "Hillary could win the NRA Salesperson of the Year for what she will do for gun sales."

A Personal Take
This reporter has decided to buy a gun. For me, that is a pretty big statement.

I do not live out in the wilderness. I have no interest in target shooting. And I don't hunt. I’m an average suburban wife and mom, living just outside Boston. I drive an SUV, I enjoy meeting friends at the newest trendy eatery, and I adore shoes (especially on sale).

For me, owning a gun is mainly about my constitutional rights, but it is also about my family. We often say we would do anything for those we love — so I feel with this decision, I am. As threats in this world grow more serious, I, too, am growing more serious — about my own safety and about the safety of people in my home that I hold dear.

But because it’s our Second Amendment right as Americans to protect ourselves — and it’s about time we exercised it.

Why Are Pill-Popping Americans So Lazy?

Fun Times at the College Visit

What If Gender-Confused Kids Can’t Get Help