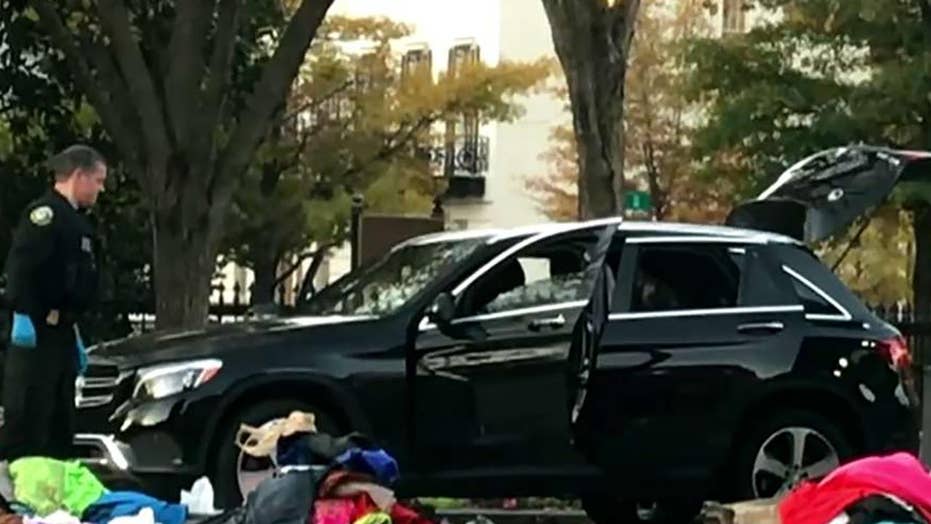 Agents says the Mercedes SUV attempted to enter the complex behind another vehicle that was cleared for entry.

The incident happened around 6 a.m. at an external checkpoint, the Secret Service said. The driver, whose identity has not been made public, tried to tail an official vehicle through the gate.

Investigators were seen searching through a black Mercedes-Benz SUV with a Texas license plate. They emptied out what appeared to be large amounts of clothing and luggage into piles on the ground.

It was unclear whether anything suspicious was discovered inside the vehicle.

Investigators had closed the surrounding roads to vehicle and pedestrian traffic due to the security alert.