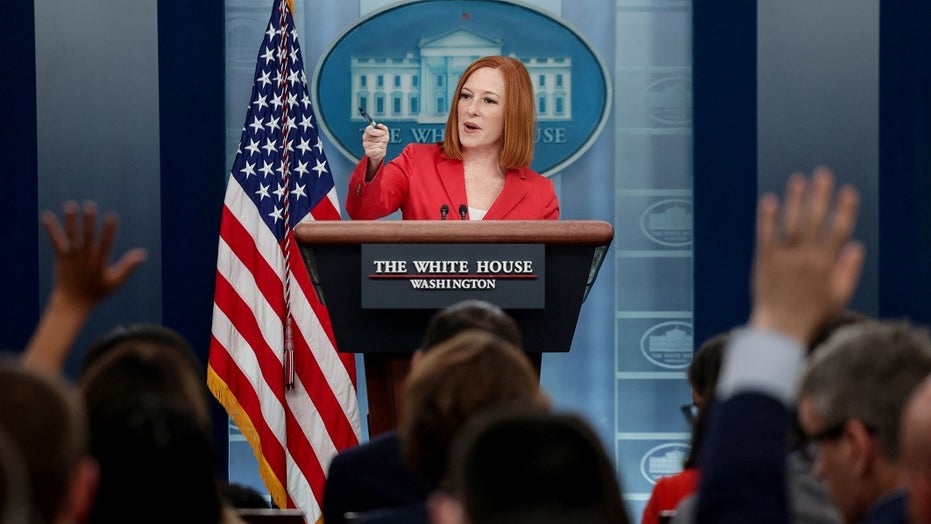 The White House is bracing for a staff shakeup as several aides plan to depart within the coming months as the midterm elections approach.

The most high-profile departure will be press secretary Jen Psaki, who is expected to leave in the weeks ahead to join MSNBC. Several other members of the White House press team are also expected to leave, sources told Reuters.

It's fairly standard for top White House officials to warn staff long before midterm and presidential elections that they should depart with plenty of lead time, or stay until the election is over, according to the Reuters report. But it is unclear whether Biden's chief of staff Ron Klain has issued such a memo.

White House Press Secretary Jen Psaki holds the daily press briefing at the White House in Washington. Psaki is leaving the White House along with several other aides ahead of the midterm elections.  (AP Photo/Patrick Semansky)

Also leaving will be Cedric Richmond, a Democratic House member from Louisiana who serves as the director of the White House Office of Public Engagement. He will take on a senior advisor role to the Democratic National Committee where he will help fundraise and broadcast the party's message.

"There are few people more capable of helping us continue to build on our successes and deliver our message as we head into the midterm elections," DNC chair Jaime Harrison in a statement. "We look forward to having Cedric join our already strong team as we continue to work in close partnership with the White House and our sister committees to protect and expand our Democratic majorities. The Democratic Party is all-in and leaving nothing to chance."

In a statement, Richmond said he was "thrilled that the President has entrusted me with helping boost the robust work already being done at the DNC to make sure that Democrats grow their majorities in the House and Senate, and increase the number of Democratic governors in state capitals around the country."

Psaki told reporters on Monday that Richmond will leave for a "new important role" at some point in the future and that it was "something the president is excited about and has asked him to do."

Psaki's primary deputy press secretary, Karine Jean-Pierre, is considered a top contender to move into her spot once she leaves, sources told Reuters.

White House adviser Cedric Richmond board Air Force One at Andrews Air Force Base, Md., July 21, 2021, to travel to Cincinnati with President Joe Biden. Richmond, one of Biden's closest aides is leaving the White House to take on a role as senior adviser to the Democratic National Committee. (AP)

Anita Dunn, who departed the Biden administration last July after serving as a public relations adviser, will return to the White House after leaving to return to her communications firm.