Over half US at high risk of blackouts

Across most of the western half of the U.S., electric companies are bracing for a heightened risk of blackouts during high usage periods due to rising temperatures and lower-than-expected energy production, according to a recent report by an energy industry watchdog.

The North American Energy Reliability Corporation’s (NERC) 2022 Summer Reliability Assessment raised the alarm on five electric utility corporations across seven regions that are at an elevated or heightened risk of having "insufficient operating reserves."

"The report indicates the number of plants shut down earlier than anticipated, even a couple of years ago."

The North American Energy Reliability Corporation highlighted the risk of blackouts across the western U.S. during summer. (Fox News )

The risk for rolling blackouts is not only fueled by increased demand but also decreased power generation and ruptured infrastructure.

"It basically says that there's a high risk of lack of sufficient resources, particularly in the Midwest, in Texas and in California or out in the Far West," Daniel Brooks, a vice president at the Electrical Power Research Institute, told Fox News. "When you have that climate impacts that are driving higher demand that also are impacting the ability of the resources to produce at the same time that you really get risk."

The report highlights that much of the western half of the country is at risk for widespread blackouts and capacity shortfalls during peak usage hours. NERC cites a myriad of issues, chief among them decreased hydroelectric generation from widespread drought conditions, damaged transmission lines due to extreme weather events, premature closure of coal and other fossil fuel plants and supply chain issues that continue to disrupt key American industries.

"There's no question that extreme weather events are creating greater demand for electricity in this country, primarily through air conditioning load," Matheson said. "You’ve got this circumstance for reliability being put into question by this increased demand, where, at the same time, we're reducing our supply. Extreme weather is clearly one of the factors that's causing it."

The risk threatens the reliability of massive portions of the country’s electrical grid. Widespread blackouts can have disastrous consequences, as seen in the 2021 Texas winter power crisis. Still, there’s reason for long-term optimism. A problem of this magnitude is attracting the minds and efforts of large and small stakeholders across the energy sectors to pinpoint the roots of unreliability and find mitigating solutions.

There are government policy maneuvers that will allow more capacity in the immediate future. Data and resource sharing agreements will allow for better preparation among large-scale utility providers and a growing number of electrification options, like air conditioners, heat pumps and water heaters for consumers to bolster themselves and their homes against the fluctuations of natural gas reliability and pricing.

Matheson, drawing on his energy industry expertise and extensive background in politics, identified a couple of quick policy fixes that could alleviate the pressure on the grid during the summer.

"There are limits in terms of number of hours per year certain facilities can operate for environmental purposes," he said. "The Secretary of Energy or the EPA could waive some of those restrictions to allow for greater use of existing assets to meet these periods of shortfall. So, there is something right here you could do in summer of 2022 to help mitigate the situation a little, but there's a lot more investments [that are] going to have to [be] made in the long run."

Beyond governmental quick fixes lie the long-term objectives of both demand- and supply-side energy sector stakeholders. Demand-side solutions exist in the domestic realm, often centering around home solutions that exist past the electric meter. Supply-side innovations focus on how power is generated and stored and how its data is shared among the different corporations.

"As more of these critical pieces of our infrastructure of our lives — our cars, our heating, our water — move to electricity, suddenly it becomes far easier to take control over their long-term security," Calisch said. 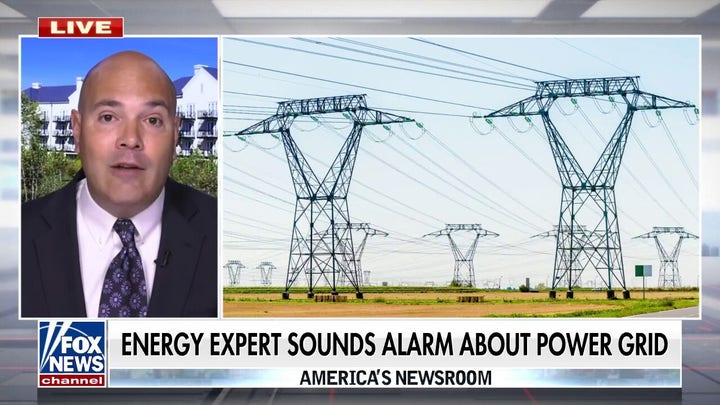 "It's pretty easy to buy a battery and store up that extra electricity so that if you do live in an area where you experience blackouts, you can create this sense of security for yourself," Calisch added. "Add, on top of that, the ability to generate your own electricity right on your rooftop due to the falling cost of solar. This is now an effective strategy across most of the country."

The benefits of home and community electrification, according to Calisch, extend beyond increased reliability and resiliency in the face of a changing national power generation picture.

"Electricity is not only kind of a lower-cost solution here, but is also more immune to these shorter-term volatility events, which, just on the level of a consumer homeowner, that's painful," Calisch said. "People are already feeling the effects of inflation. And then this short-term volatility where gas prices are up and natural gas prices are up. It's painful, and it really hurts people's pocketbooks."

Of course, increased electrification — especially when it comes to charging electric vehicles — will increase demand on the power grid. But Calisch said this can be mitigated by using smart technology that communicates between supply and demand sides while lowering unnecessary demand during peak usage hours.

Beyond the resiliency and security of the home, Calisch said the ambitious electrification project has the added benefit of creating jobs in the community.

"This transition is going to spur an enormous number of jobs. And these are jobs that can't be offshored because they happen in our houses, in our communities," Calisch said. "Electricians, pipefitters, plumbers, high voltage, auto mechanics. There's a large workforce that is going to be responsible for making this transition happen."

On the demand side of the equation, companies in the West are beginning to understand the importance of regional cooperation to make sure resources like energy and data are shared among the major utility providers. One organization, Western Power Pool (WPP), is gathering utility companies in a binding agreement to share data and coordinate operations to ensure reliability.

"Our goal at the demand of our member companies is to put in place a regional resource adequacy program," Sarah Edmonds, CEO of WPP, told Fox News. "This is a planning and compliance framework that helps assure a high likelihood that there will be adequate supply to meet customer demand under an array of scenarios. We call this program the Western Resource Adequacy Program."

Though the initiative is a couple of years from being fully realized, Edmonds said the plan will help utility providers coordinate more comprehensively to provide for customers, an effort similar to resource-sharing cooperatives in other parts of the country.

All of these solutions depend on improving and expanding the underlying infrastructure of the country’s electrical grid. High-capacity transmission lines are critical to an increasingly electric future, and the current regulatory environment can delay critical upgrades by years.

"It really is a matter of increasing our ability to access across regions," Brooks said of building new transmission lines. "So that's additional transmission, that's distribution that can support these needs.

"We have to get that in place. That's going to be foundational to whatever we do."