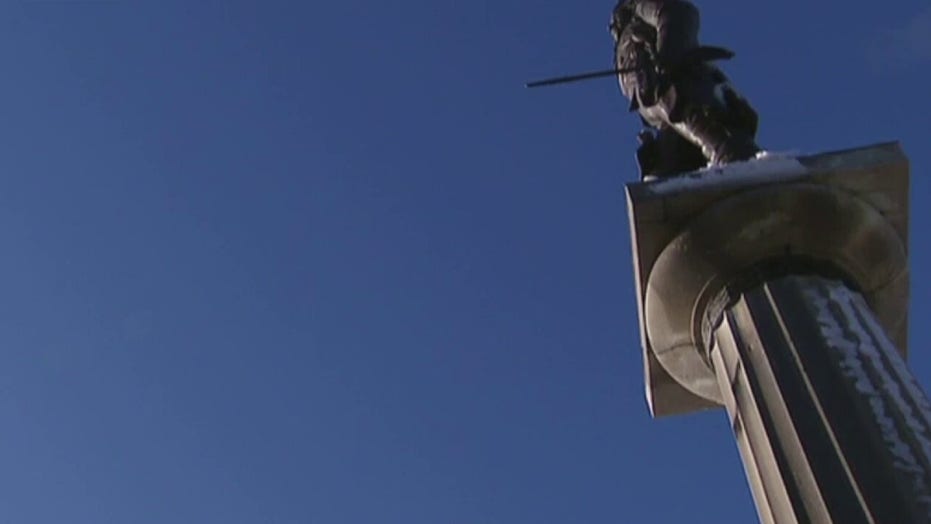 West Point under fire over vaccine coercion efforts against cadets

HANNITY EXCLUSIVE: The push for coronavirus vaccinations at the U.S. Military Academy began once the first shots became available back in January – but even as the inoculation rate rises and deaths and new cases both fall, the families of unvaccinated cadets say they are facing increasing pressure, coercion, and even threats to get the jab.

West Point does not have a vaccine mandate, nor does the military as a whole.

Still, there are only about three dozen unvaccinated cadets at West Point, which accommodates more than 4,500 students.

The unvaccinated few, many of whom say they have gained natural immunity from catching the virus earlier, face stricter quarantines and other restrictions now than at the height of the pandemic, according to multiple sources. The new limits include a seven-day quarantine for unvaccinated cadets in the break before summer training. That requirement took a full week away from their time off.

United States Military Academy graduating cadets wear face masks as they stand next to their socially-distanced seats during commencement ceremonies, Saturday, June 13, 2020, in West Point, N.Y. President Donald Trump’s commencement speech to the 1,100 graduating cadets during a global pandemic comes as arguments rage over his threat to use American troops on U.S. soil to quell protests stemming from the killing of George Floyd by a Minneapolis police officer. (AP Photo/John Minchillo, Pool)

"It's like solitary confinement – for a disease we don't have," said one cadet, who spoke on condition of anonymity for fear of retribution.

Elita Perusek, whose son is in his final year at West Point, is a 1994 graduate of the academy herself.

She told "Hannity" Thursday evening that her son declined the vaccine but has tested positive for coronavirus antibodies on post – meaning school medical staffers were aware of his natural immunity.

"He was counseled before he left West Point by his tactical office who told him that because he chose to exercise his right to not take the vaccine that he would be called ‘susceptible status’…and that he would have to submit to restriction of movement throughout the summer," she said. "Which meant that he would have to give up some of his leave."

This new seven-day isolation quarantine is stricter than the previous restriction of motion (ROM) requirement that was in place when coming back from other breaks, such as the winter holiday, where cadets were still permitted out for activities including going to the mess hall.

Cadets were required to show a negative COVID-19 test and adhere to the ROM following breaks over the winter and last summer when cases were rising and there was no option for a vaccine.

Because of the ramped-up restrictions and the mandatory seven-day quarantine, several unvaccinated students with tight schedules won't even be allowed to leave campus for the rest of the summer, while their vaccinated classmates can, sources explained.

They were accused of sitting unmasked on outdoor bleachers within six feet of one another. They were also warned that further discipline would be forthcoming if they violated the guidelines again.

New York State, where West Point is located, has lifted its COVID-19 restrictions – but Centers for Disease Control and Prevention (CDC) guidelines still urge unvaccinated individuals to continue to mask up.

The school's specific guidelines for unvaccinated cadets state masks should be worn in the barracks and shared spaces – including bathrooms and showers.

Masks should be worn while cadets are swimming, unless social distancing of six feet is maintained, according to the school's guidance. (U.S. Military Academy)

They should also be worn while cadets are swimming unless social distancing of six feet is maintained.

The only time the guidelines don’t require masks for unvaccinated individuals is during physical training – when they’ll presumably be breathing heaviest.

But in addition to having acquired coronavirus antibodies, some of the cadets say they have concerns about uncertainty surrounding the potential long-term effects of the new vaccines.

Mathias Sampson, a 20-year Army veteran, is the father of one of those cadets.

"My daughter has valid concerns about this vaccination – concerns pertaining to fertility, long-term effects," he told "Hannity" Thursday night. "[Neither] the CDC nor West Point have answers to these concerns."

Brian MacDonald is the father of another young woman with natural immunity attending West Point.

"She’s in a position where she’s had COVID, she recovered from COVID, she has the antibodies for COVID, and West Point is putting a ridiculous amount of pressure on her to take the vaccine," he added.

The U.S. Military Academy’s Public Affairs Office said vaccines are encouraged but not mandatory and that it had protocols in place because vaccinated individuals can spread the virus to unvaccinated peers.

"Though they train together and are fully integrated in all activities, unvaccinated cadets are currently being housed separately from vaccinated cadets to minimize transmission risk and are provided with equal or better living conditions," a spokesperson said. "The academy’s risk mitigation plan for summer military training was developed under the guidance of medical advisors, experience from last year’s academy summer training experiences, and is aligned with the measures used in other military training exercises across the Army."

West Point also pushed back against allegations that the school’s COVID coordinator, Col. Laura Dawson, attempted to coerce cadets into getting the vaccine or face the possibility of leaving the academy.

"Currently, the Department of Defense is not mandating vaccinations for U.S. military members, and it remains optional but encouraged for West Point personnel," the school said. "Any harassment, abuse, threats, or punitive measures targeting unvaccinated personnel is antithetical to West Point policy, ideals, and Army values. West Point takes every report of inappropriate behavior very seriously and takes immediate actions to address such reports in a timely manner," according to the public affairs office.

Sources also alleged that unvaccinated cadets are being derided as "diseased" and "dirty" and treated as outcasts on campus despite having concerns about the vaccine’s side effects or having obtained natural immunity to the virus from prior infection.

Vaccinated cadets have allegedly been told to avoid socializing with their unvaccinated peers.

The school acknowledged that such heckling had been reported but said the issue had been addressed.

Still, a spring semester seminar that sources described as a "re-education briefing" also failed to address the concerns of the unvaccinated cadets, whom sources say were demonized for holding out.

Fox News has also reviewed a spreadsheet circulating on campus which lists cadets by name along with their vaccine status, year and other personal information.

The school confirmed its authenticity and said the information had been "inadvertently" disseminated. Officials were looking into the matter.

Some of the impacted cadets said they felt that the environment appeared to make the vaccine feel mandatory without officially being mandatory.