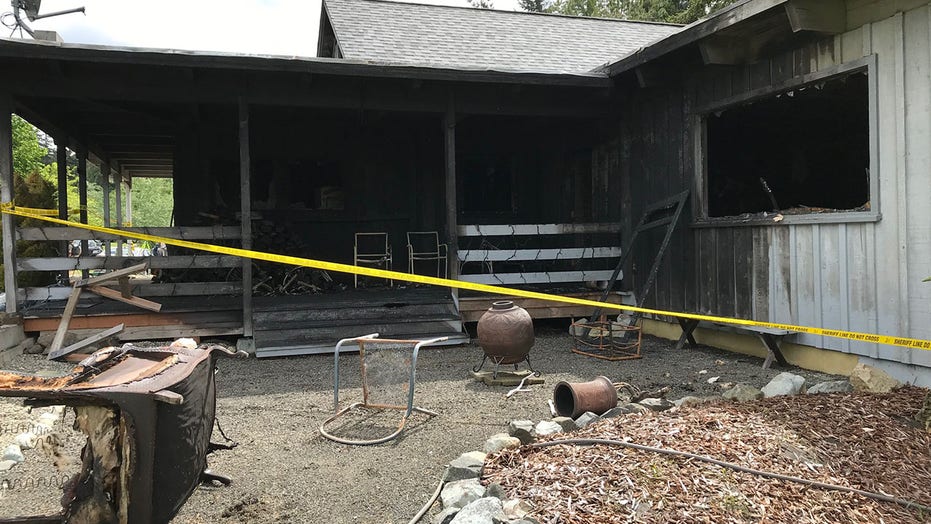 A Washington man was charged with murder Monday after deputies found the bodies of his grandparents inside a home that was engulfed in flames, investigators said.

Deputies responded at 8:30 p.m. Sunday to a fire at a home in the Vaughn area, south of Seattle, the Pierce County Sheriff’s Department wrote on Facebook. Witnesses told police they heard an explosion before the home burst into flames.

As the Key Peninsula Fire Department battled the blaze, they found the bodies of a 71-year-old male and 73-year-old female in the basement, police said.

Investigators said evidence of homicide and arson were found inside the home after the fire was put out. (Pierce County Sheriff's Department)

Investigators searched the home and said evidence was discovered that indicated homicide and arson. A car also was missing from the home.

Deputies learned that a 26-year-old man lived at the residence with his grandparents. Detectives began searching for the grandson and the missing vehicle.

Two bodies belonging to a 71-year-old man and 73-year-old woman were found in the basement. Deputies learned the couple lived at the residence with their 26-year-old grandson, who was missing. (Pierce County Sheriff's Department)

The missing car was found around 4 a.m. Monday outside an apartment complex in Lakewood, about 27 miles southeast of Vaughn. Police said the suspect’s girlfriend’s mother lived there. A SWAT team arrested him at the scene a few hours later.

He was booked at the Pierce County Jail on two first-degree murder charges. It was unclear if he could face further charges.