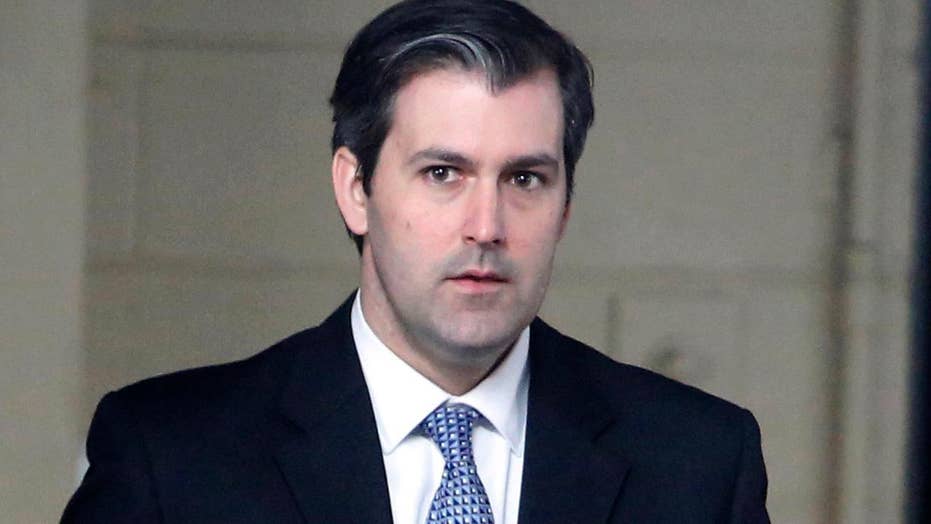 A former South Carolina police officer accused of fatally shooting an unarmed black man pleaded guilty Tuesday to violating the civil rights of the man he killed in 2015, in a move that could still bring decades of jail time.

Michael Slager made his plea in Charleston in the case of the traffic stop and deadly shooting of Walter Scott. Video showed Scott was running away as the officer opened fire.

"We hope that Michael's acceptance of responsibility will help the Scott family as they continue to grieve their loss," attorney Andrew J. Savage said.

Slager admitted to violating Scott's civil rights by shooting him without justification. He could get up to life in prison and a $250,000 fine at sentencing, though prosecutors agreed to ask for more than 20 years behind bars. No sentencing date was set.

Slager was slated to appear in federal court for motions prior to his planned federal trial in the death of Scott. Jury selection had been scheduled for next week ahead of a May 15 trial date.

The former officer spoke little in court except to quietly answer the judge's questions. Several of Scott's relatives sat on the front row in the gallery as the prosecutor read a bare-bones description of the shooting. One of them closed his eyes tightly, while another hung his head.

Cellphone video of the shooting has been viewed millions of times. North Charleston Police fired Slager when the video became public.

Slager had pulled Scott over on April 4, 2015, because of a broken brake light on his 1990 Mercedes. Scott's family said he may have bolted because he was worried about going to jail because he was $18,000 behind on child support.

Slager testified at his murder trial that he feared for his life because Scott was trying to grab his stun gun. The video showed Slager picking the Taser up off the ground and dropping it near Scott's body in what prosecutors suggested was an attempt to plant evidence. Slager denied that, testifying he was following his training in accounting for his weapons.

Fox News' Chip Bell and The Associated Press contributed to this report.