The Austin American-Statesman and KVUE published edited portions of the Robb Elementary School shooting on May 24 in Uvalde, Texas.

The families of the victims killed in a mass shooting at Robb Elementary School in Uvalde, Texas, were expected to meet Sunday afternoon with state lawmakers investigating the police response to the massacre.

The Texas House of Representatives committee invited family of the 19 students and two teachers killed in the May 24 massacre to review the lawmaker’s findings.

The committee also planned to show relatives the school surveillance video that showed police milling about in a hallway for more than an hour before they eventually kill the gunman.

The meeting comes after the Austin American-Statesman and KVUE released leaked portions of video footage on Tuesday, upsetting many family members. The leaked video shows the gunman entering the school, and includes audio of shots fired from inside a classroom.

A banner hangs at a memorial outside Robb Elementary School on Friday, June 3. (AP/Eric Gay)

"I, for one, and I know my family members are upset," Maggie Mireles told "The Story" last week when host Martha MacCallum asked about the newly released footage. "Of course, people want transparency. But at the same time, we don’t want to relive this tragedy over and over, and we don’t need a video to show us what happened that day. I know what happened that day."

Although he doesn't agree with how the investigation has been handled, Uvalde Mayor Don McLaughlin called the media release of the video unprofessional.

"There was no reason for the families to have to see that," McLaughlin said. "They needed to see the video, but they didn’t need to see the gunman come in or hear the gunshots." 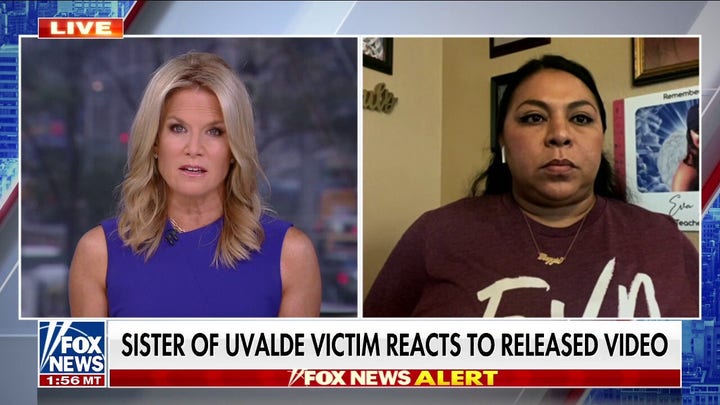 The committee of lawmakers had planned to show the footage to families this Sunday and then release it to the public.

The news outlets have said they reached out to family members before the video was released, although it was not clear how many they reached or what the response was.