School districts across the U.S. are taking heightened security measures following a deadly mass shooting at a Texas elementary school.

An 18-year-old high school student killed at least 19 children and two teachers during the tragic attack at Robb Elementary School in Texas, prompting responses to increase safety in the final weeks of the school year.

In Georgia, school and law enforcement officials in several counties made announcements hours after the shooting. Gwinnett County, the largest in the state and 13th largest in the country with nearly 200,000 students, will see police officers on campuses, Fox 5 Atlanta reported.

Janish Patel lowers the flag to half staff Tuesday, May 24, 2022, at his Uvalde, Texas, hotel hours after a gunman entered Robb Elementary School and killed multiple children and adults. (William Luther/The San Antonio Express-News via AP)

"While there are no known threats to any school in Gwinnett, our officers will be on hand for the safety and comfort of our residents," Gwinnett County Police said.

The Fulton County School District told families that "in the remaining two days of the school year the Fulton County Police Department, Campus Security Associates, and administrators will be vigilant and aware of the safety concerns our community will have in the wake of this tragedy."

The sheriff’s office in Loudon County, Virginia announced that they too are responding.

"In light of the horrific shooting at Robb Elementary school and as we grieve with the City of Uvalde, Texas and the nation, #Loudoun residents will see an increased LCSO presence at elementary schools in the county to ensure that our community feels safe in their schools," the sheriff’s office tweeted. They noted that while there are "no known threats," they are acting out of "an abundance of caution over the next several days."

The Texas school shooting took place a day after Loudon County officials including a bomb squad responded to a local high school regarding a suspicious device that turned out to be an unapproved science project. 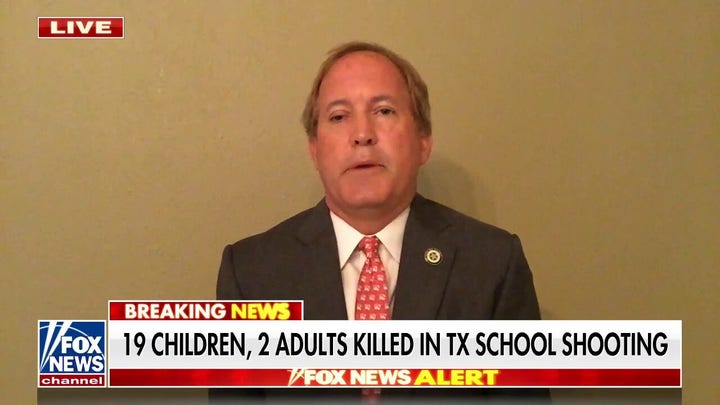 Police in Montgomery County, Maryland said they "will be continuously checking on our schools to ensure the safety of our students," in light of the Texas shooting.

In Florida, the Duval County school police chief notified parents that "there will be no backpacks or large handbags allowed at any Duval County public school this week," and that small purses "will be subject to search," News4Jax reported. "Additionally, he said, "all of our leadership officers will be at schools for the remainder of the week, and we have asked other law enforcement agencies in the area to be especially vigilant around our schools."

In North Carolina, the Rockingham County Sheriff’s Office announced that "law enforcement will have an increased presence in all of our local Schools in the days ahead," on top of "the officers & security measures that are already in place."