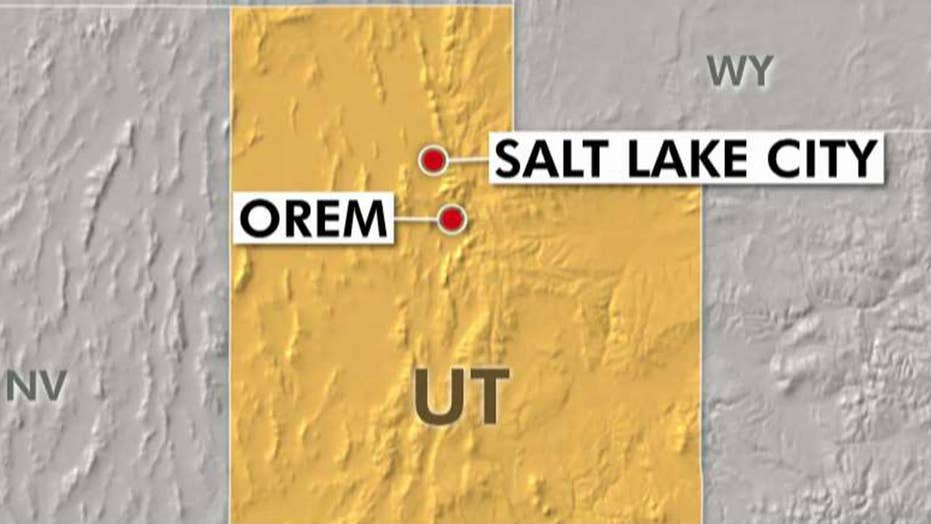 Police officer shot in the line of duty in Utah

A police officer in Utah was shot and killed while trying to apprehend a "dangerous fugitive" on Saturday night, officials said.

Officer Joseph Shinners, 29, was killed in the line of duty on Saturday night in Utah, officials said. He was a 3-year-veteran of the force. (Provo Police Department)

Around 10 p.m., officers received information regarding the whereabouts of a fugitive. When they tried to arrest the suspect near a Bed Bath & Beyond in Orem, roughly 40 miles south of Salt Lake City, Shinners was shot.

Investigators said it appeared Shinners was able to return fire and hit the suspect — a 40-year-old possibly homeless man, who had recently been making threats of violence against police officers — at least once. Police did not name the suspect.

Shinners was rushed to a hospital where he died just before midnight, officials said. The suspect remained under guard at a hospital in stable condition, according to police.

Shinners was a 3-year-veteran of the Provo police force who was assigned to the department's patrol division.

"Joe Shinners was intelligent, he was honorable, he was hard-working, he was decent in every single way and he exemplified the nobility of policing," Ferguson said. "He was the very best of the Provo Police Department.”

Ferguson said he posthumously promoted Shinners to the rank of master officer. The officer left behind a wife and young son.