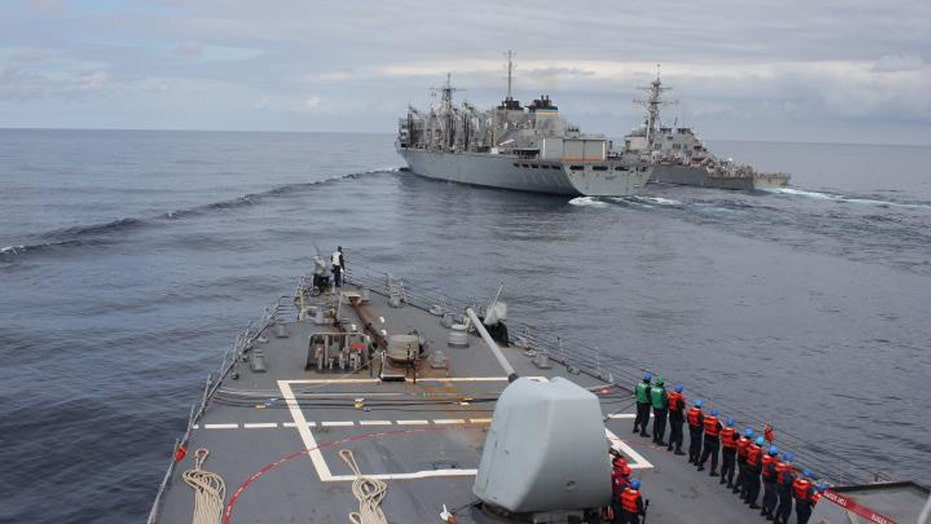 The U.S. Navy is back in the Barents Sea for the first time since the Cold War.

“In these challenging times, it is more important than ever that we maintain our steady drumbeat of operations across the European theater, while taking prudent measures to protect the health of our force,” said Vice Adm. Lisa Franchetti, commander of the U.S. 6th Fleet.

“We remain committed to promoting regional security and stability, while building trust and reinforcing a foundation of Arctic readiness,” she added.

The exercises have been taking place in areas with temperatures as low as -14 degrees Fahrenheit.

The Duke-class frigate HMS Kent takes part in a replenishment-at-sea with Supply-class fast combat support ship USNS Supply whilst on exercise with the U.S. Navy in the Arctic Circle on May 4. (Dan Rosenbaum, HMS Kent)

According to the Navy, the last time its fleet operated in the Barents Sea was in the mid-1980s. Russia’s Ministry of Defense was informed on May 1 of the Navy’s plans for the USS Donald Cook, USS Porter, USS Roosevelt, USNS Supply and Royal Navy HMS Kent.

“The notification was made in an effort to avoid misperceptions, reduce risk, and prevent inadvertent escalation,” according to the Navy.