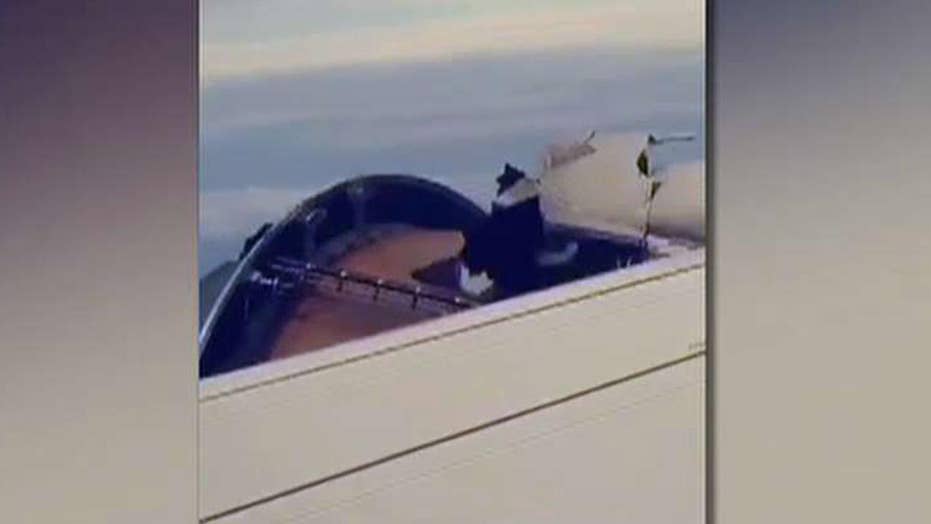 Passengers onboard a United plane traveling from California to Hawaii suffered a major scare Tuesday after noticing the plane’s engine cover had fallen off.

Photos posted to social media appeared to show one of the Honolulu-bound jet engine shells falling off the Boeing 777. The plane made an emergency landing at around 1:00 p.m., according to Hawaii News Now.

Allison Sudiacal, who was on the plane, told Hawaii News Now that the plane began to shake after she heard a “loud bang.”

"There was a loud boom and then it was like rattling and the plane was kind of shaking like boom, boom, boom,” she said.

The plane’s “pilots called for an emergency landing because of a loss of the engine cowling (the covering of the engine,” the airline said in a statement.

“Our pilots followed all necessary protocols to safely land the aircraft. The aircraft taxied to the gate and passengers deplaned normally,” the statement read.

A spokesperson for the FAA said that the pilots felt a vibration in the right engine. The FAA said it would investigate the incident.

Hawaii’s Department of Transportation said that Aircraft Rescue & Fire Fighting personnel was “standing by as a precaution” as the plane landed.

The Boeing 777 has two engines and the company said it was designed to fly with only one engine for several hours.