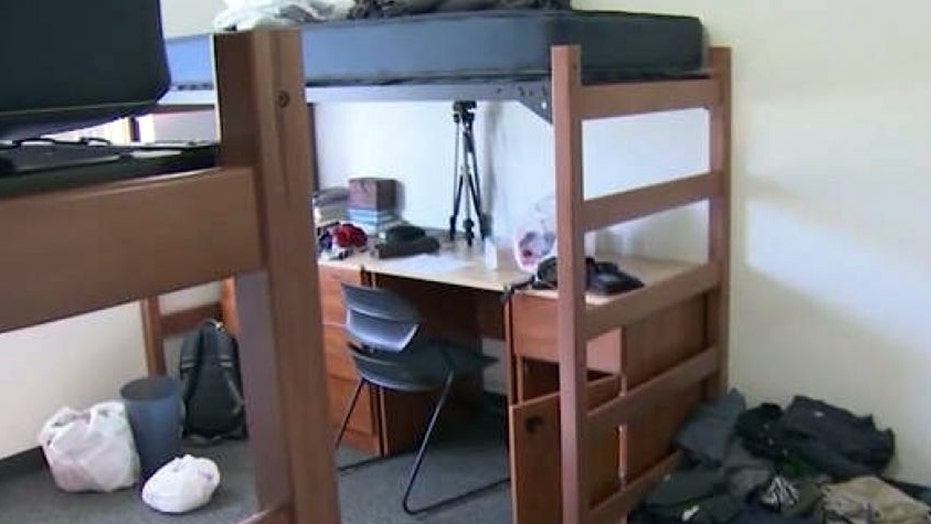 How to deal with a 'roommate from hell'

Moving into a new place right out of high school can cause some anxiety for incoming freshman and it doesn’t really help when the new roommate isn’t the person you expect them to be.

One UCLA freshman, identified as Ashly, has already caused a rift after making some demands to her two roommates, that she hasn’t even met yet, in an email that has since gone viral, Fox LA reported Tuesday.

One of the roommates, identified as Winnie, who received the email shared Ashly’s message on Twitter earlier this month.

My roommate that I haven't even met... pic.twitter.com/OkJwUF8LGp

“Okay so I’m not sure why neither of you responded back to my emails, but I don’t really care as long as you both know this and understand that I’m not going to settle for anything less than what I’m gonna tell you that I’m gonna get once I arrive in the dorm. I’ll take the top bunk. I DO NOT want the single bunk where it has a desk underneath the top bunk so don’t try to leave me that. I’m also taking one of the white closets. There should be two white closes and I’m taking one of them. I don’t care which one it is, just know I’m taking one of them.

“I want the desk that’s near the window. Plain and simple. I don’t care about who gets the bottom bunk but just know that what I stated above is what I’m expecting once I arrive at the dorm and I won’t be in the mood for any arguing or other nonsense because one of you two decided to deliberately disregard this email. IF needed be I’ll turn it into a bigger situation so don’t try me.

“Sorry but not that sorry for the attitude. I don’t like being ignored because that’s just rude but that’s what you both decided to do so I decided to make it clear now on the kind of person I am and what I will and will not take.

The third roommate, identified as Guistinna Tun, wrote back a day later to Ashly saying that her and Winnie were more than willing to compromise on the living situation, but called her out on her sense of entitlement and listed other things that they didn’t appreciate in the seemingly rude email.

A week later, Ashly responded with another email that was less harsh than her first one.

Ashly explained that she liked that Tun stuck up for herself and didn’t mind starting over. She also explained her thoughts behind her initial email.

“I’m also really chill too, But as you can see from my previous email, I am like a ticking time bomb that sets off when things I don’t like happen to me.”

Ashly said she would move out and look for a different dorm if they wanted her to. It’s unclear if she did.

What a way to start your first semester of college.